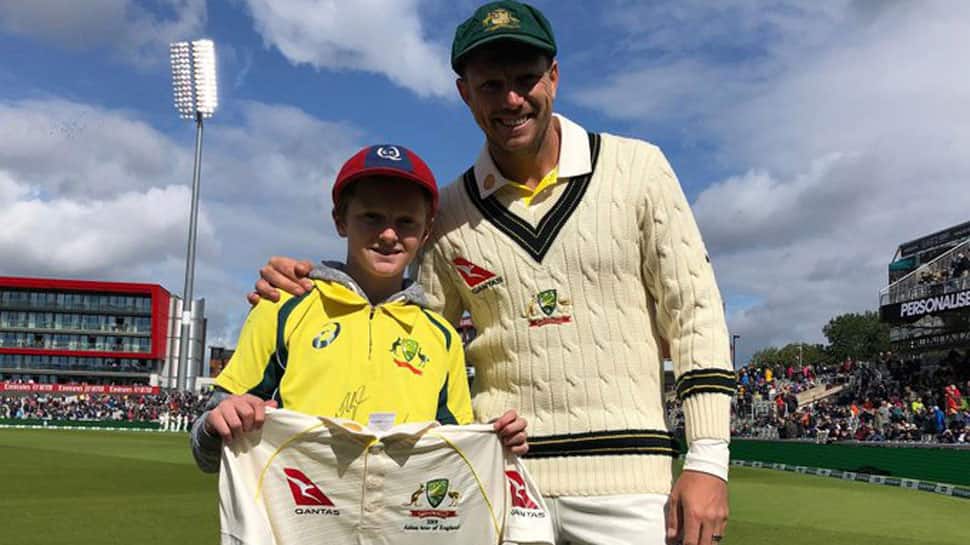 One can say, without a doubt, that the craze for the Ashes series between Australia and England transcends over any other cricketing rivalry in the world.

Both the countries have fans who can go to any extent in order to support their teams. One such fan is 12-year-old Max Waight, who saved his hard-earned money for four years to watch the ongoing Test series in England.

In 2015, Max had watched Australia win the World Cup on home soil and it was then that he and his mother hatched a plan about going to England in 2019 and watch the Australian team take on England in their own backyard in the Ashes, reports cricket.com.au.

His father Damien Waight told him that if he could earn 1,500 Australian dollars, he would take him to the UK.

Following this, Max and his mother came up with the idea of wheeling their neighbours' rubbish bins out on the weekend for a low charge of $1 per household.

The entire process went on for four years and Max kept on putting out bins on weekends. And at last, he was able to raise the money asked by his father, who booked the tickets and took the entire family to England to watch the ongoing fourth Ashes Test at the Old Trafford in Manchester.

"When I said it, I had to follow through. If he saved up the money, I wasn't going to let him down," Damien said.

"You don't fast forward in your mind at the start and think you're going to do it, but it's good that we are here. It's an amazing experience. We've got our whole family and another close family that we're friends with. We're just making memories," he added.

"Steve Smith and Pat Cummins are my favourites. I got to talk to them about how they prepare and play the game. It was very enjoyable," Max said.

"I really enjoy playing and watching cricket. It's just a passion of mine," Max said.