For Eoin Morgan, it couldn’t have gotten better than this, especially considering how fingers were beginning to be pointed at his side, following consecutive losses to Sri Lanka and Australia. 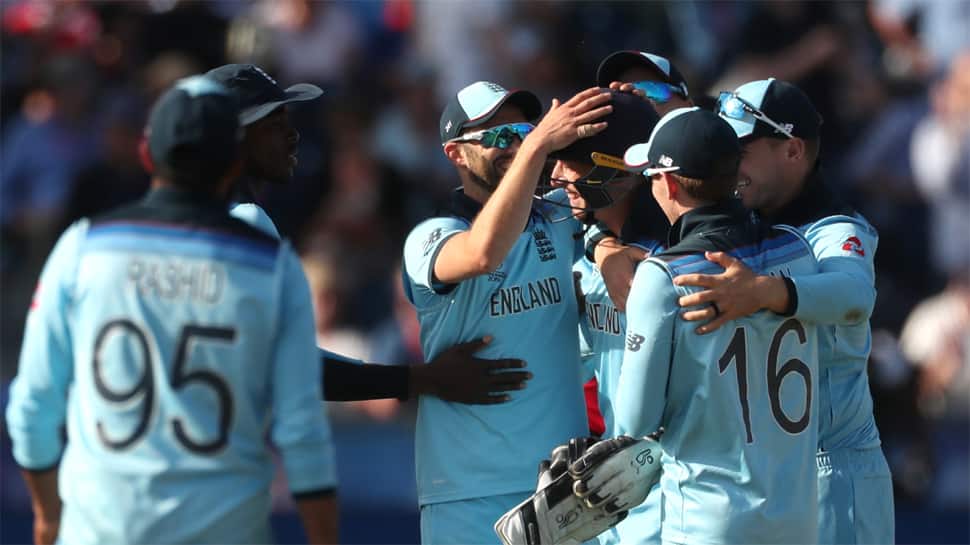 CHESTER-LE-STREET: It took 27 years, but England have finally progressed to the semi-finals of a World Cup, for the first time since 1992. And leading the way has been a gleeful skipper Eoin Morgan, who has turned the team around since its painful exit in New Zealand/Australia four years ago.

For Morgan, it couldn’t have gotten better than this, especially considering how fingers were beginning to be pointed at his side, following consecutive losses to Sri Lanka and Australia. But with wins in two matches which mattered the most, and having overcome the threat of elimination, the belief is that England are now better prepared for a shot at the ultimate glory.

“Yeah, pretty cool, pretty awesome,” Morgan said about his team progressing to the semi-finals. “Like I said after the India game, the way in which we played is more satisfying than the actual win because if you win the game, you go through to the next game or the following test full of confidence and I think today is a similar instance.”

“I think we do tap into what we have achieved the last two games. It’s been extremely important to our campaign. It is obviously the reason that we have got through and we have been able to play some of our best cricket because of that. So tapping into that, identifying what we did well and if that still remains the same priority going into the semifinal, which I think it will.”

Both times England have won, they won the toss and batted first. With the surfaces gradually deteriorating, teams batting first are bound to have advantage. Against India and New Zealand, there was something common about England’s batting. After the opening partnership between Jonny Bairstow and Jason Roy was broken, the new few overs were quiet.

“I think the wicket did change after 25 overs, but in teams I have played with in the past we would have played a completely different game to 25 overs and not made the most of it. Today we did and it was probably the winning of the game,” Morgan said.

“Before the tournament started I thought that might be a trend, the toss, being a huge deciding factor in the game, but I thought it would have been the other way around. I thought the ball might have swung a bit more if conditions were cloudy and there was a bit of rain around and everybody would have bowled first and chased. It’s been the complete opposite. But it is what it is.”

“I suppose during that period of five or six years when pretty much every game of T20 cricket there was like a 20 percent advantage in winning the toss and chasing because you obviously win a lot of the time. I thought something might have been done about the toss then and if it wasn’t done then, I don’t think it was ever going to be changed, so there is nothing we can do about it.”

England now head to Edgbaston to face either India or Australia in the second semi-final, a venue where they haven’t lost in 10 matches across formats. “It’s a place that we really like playing. If we had a choice of where we would play our group-stage games, Edgbaston, The Oval and Trent Bridge would probably be the three grounds where we would have played the nine games, if it was just your own World Cup. So it is comforting that we are going to one of those three grounds,” Morgan said.

When England’s campaign threatened to go off track, the team, as expected, was met with a lot of criticism with current and former players taking pot shots at each other. The defeat to Sri Lanka, in particular, was shocking, and to follow it with a batting collapse against Australia was equally disheartening to see. But the complexion has changed drastically in the last four days with England giving out a complete performance against a team that has qualified for the knockouts and one that will get there eventually.

“Yeah, I think we sort of knew that coming into the tournament, the difficult challenge in applying that to World Cup games is that it is just a one-off game. It lends itself more for you to be, whatever the way you play, it should be the extremity of that on the day because you don’t get another chance and it’s taken us time to get to grips with that, you know,” said the England captain.

“We do stick to our mantra the whole time and not actually be cagey, or desperate, or anything in those sort of regards… It doesn’t work for us and it won’t win us the World Cup, so yeah.”

Of the many factors responsible behind England’s resurrection is the contribution of their openers Jason Roy and Jonny Bairstow. Since Roy’s return to the side, the pair has struck back-to-back century partnerships, with Bairstow scoring consecutive centuries. In 31 innings, Roy and Bairstow have added 100 or more 10 times and Morgan for one, is extremely pleased with the way things are turning out for his openers.

“The two of them are outstanding,” Morgan said. “I think when they play like that and build a partnership – and one of the things that sort of that stands out for me that doesn’t happen in any normal partnership, it happens in great partnerships, is that both of them ebbed and flowed.

“Jonny got off to a flyer, Jason was quite slow to start and then caught up and Jonny slowed down. It was really brilliant to watch because normally you have two guys competing with each other the whole time trying to get ahead, trying to get the strike, trying to be more dominant, whereas as a partnership they are extremely dominant.”