Ravi Shastri 'chilled out', doesn't care of someone sitting at home and trolling him: Virat Kohli

Kohli also said that these conversations, along with rumours that are often spread about his wife and Bollywood star Anushka Sharma, are all "agenda-driven". 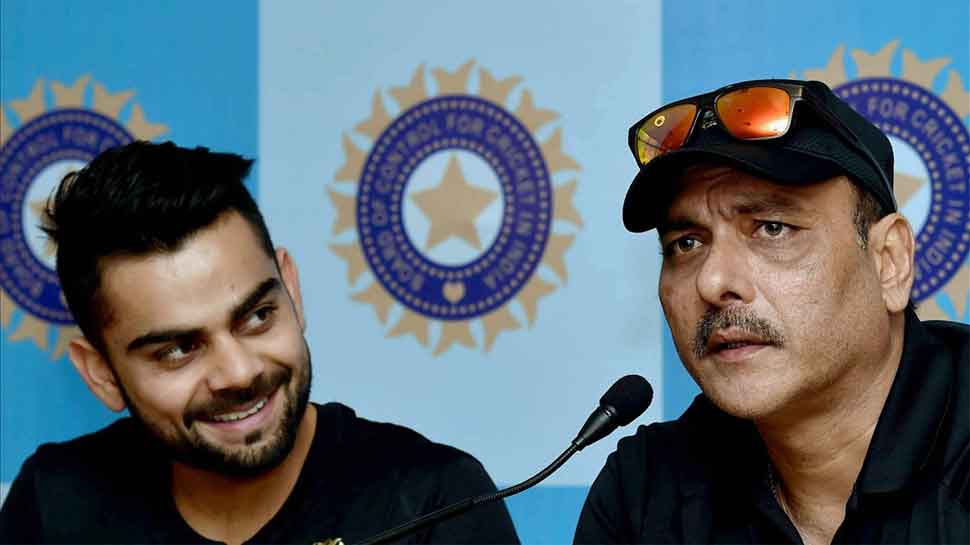 India captain Virat Kohli has dismissed the criticism and trolls that have come coach Ravi Shastri`s way. The relations between the pair has often led to speculation and indications that Shastri has little power over Kohli`s word in matters involving various aspects of the Indian team.

Kohli also said that these conversations, along with rumours that are often spread about his wife and Bollywood star Anushka Sharma, are all "agenda-driven".

"All the things we spoke about, you know what was being spoken and said about Anushka as well. I think most of these things are agenda-driven. I don`t know why or what for, but to accept lies in that manner, it could not be anything else but agenda driven," Kohli told India Today.

"If it was random, one guy would write it and the others would not focus on it because it is not important enough."

Kohli, however, said that Shastri never gets affected by it and that the 57-year-old former India captain`s focus is on how the present team can become the greatest of all time.

"In Ravi bhai`s case, he is luckily a person who doesn`t care at all. I mean a guy who has faced that attack (during his career) without a helmet and got runs, he is not gonna be bothering about someone sitting at home and trolling him.

"Because if you want to troll a guy who has done that, get up, go into that position, face those bowlers, do what he has done, and then have a debate with that guy. He is absolutely chilled out. He says our only focus is on how we can be the best team of all time," Kohli said.

When lies start becoming truths, you need to speak up: Virat Kohli opens up on Anushka Sharma-Farokh Engineer controversy