The 37-year-old sustained an injury to his leg when he dove at the non-striker's end in order to make his ground during the third over of Chennai's chase of 150 runs against Rohit Sharma's side. 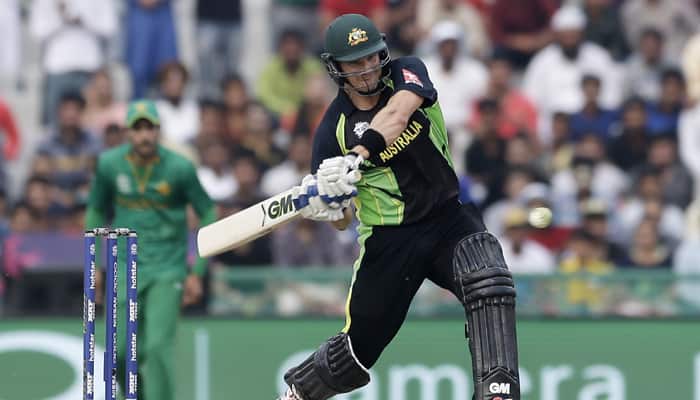 Australian opener Shane Watson has received six stitches on his left leg after batting through a bleeding knee for Mahendra Singh Dhoni-led Chennai during the final of the 2019 Indian Premier League (IPL) against Mumbai.

The 37-year-old sustained an injury to his leg when he dove at the non-striker's end in order to make his ground during the third over of Chennai's chase of 150 runs against Rohit Sharma's side.

Though the attempt allowed him to grab a tight single off Lasith Malinga's delivery, it left Watson with an injury and a red stain on his yellow uniform around the knee.

Watson finished with a blistering knock of 80 runs, including four sixes and eight boundaries, but his innings went in vain as Chennai fell just one run short of the victory to hand Mumbai their record fourth IPL title at the Rajiv Gandhi International Stadium on May 12

Following the clash, Indian off-spinner and Watson's Chennai team-mate Harbhajan Singh shared a picture of the Australian in the bloodied left leg and revealed how the latter batted through the pain without telling anyone.

"Can you guys see the blood on his knee. He got 6 stitches after the game ... got injured while diving but continue to bat without telling anyone," Harbhajan wrote alongside a picture with Watson in full flight. "That's our @srwatson33. Almost pulled it (off) for us last night," Singh wrote.