AAP MLA Somnath Bharti was arrested on Monday under section 505/153 IPC for his alleged objectionable remarks on hospitals and the UP govt. 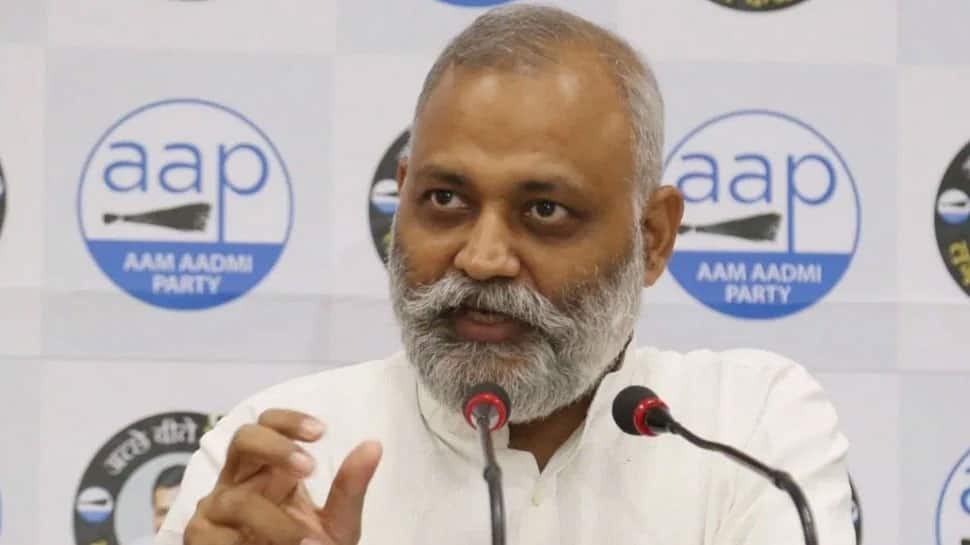 New Delhi: A Delhi Court has directed the Jail Superintendent of Uttar Pradesh and issued a production warrant for the appearance of Aam Aadmi Party MLA Somnath Bharti on January 18 before it in a matter related to the alleged assaulting case of security staff at Delhi`s All India Institute of Medical Sciences in 2016.

Somnath Bharti is currently stated to be in judicial custody in Sultanpur, Uttar Pradesh. The AAP MLA was arrested in Uttar Pradesh on Monday under section 505/153 IPC for his alleged objectionable remarks on hospitals and the Uttar Pradesh government.

The court issued a production warrant in the matter after Advocate Mohd Irshad, who represented Somnath Bharti, has moved an exemption application in the matter informing that he is currently running in Judicial Custody in an Uttar Pradesh jail.

"The production warrant be sent and served by DCP concerned to the Jail Superintendent concerned where accused is currently running in the custody through Special Messenger considering the fact that next date of hearing is January 18, 2.15 pm and the matter is at the stage of consideration/judgement. Jail Superintendent concerned is directed to produce the accused Somnath Bharti without any fail on next date of hearing," Court said.

The special court is now at the stage of passing judgement in a case registered against him and other accused under sections of rioting, damaging public property and obstructing a public servant from discharging his duty.

The case was registered on the complaint of the chief security officer of AIIMS on September 9, 2016 following which a case was Bharti was also arrested from his office in south Delhi`s Green Park.

The Complainant accused Bharti and others of trying to encroach on government land and disrupting peace in the hospital. The officer said the MLA and about 300 of his supporters beat up security personnel who had asked them to leave the hospital premises.