DMK, if voted to power, will probe mystery over Jayalalithaa's death: Stalin

Jayalalithaa died on December 5, 2016, over two months after being treated for various complications, including infection, since September 22. 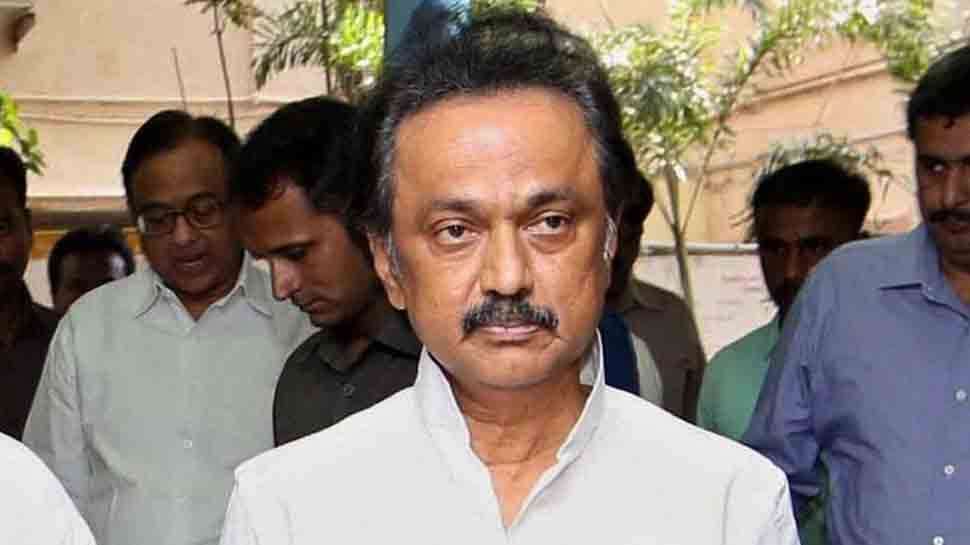 Coimbatore: DMK chief M K Stalin Thursday said the first thing his party would do, if voted to power in the assembly elections, would be to probe the mystery surrounding the death of former chief Minister Jayalalitha and send those involved behind bars.

Only a thorough probe into the entire incident would be able to bring out the truth, Stalin said.

"DMK if voted to power will make efforts to solve the mystery. All those behind the mystery will be brought to book and sent to jail," he said. Jayalalithaa died on December 5, 2016, over two months after being treated for various complications, including infection, since September 22.

The State government had set up an inquiry commission headed by retired High Court judge A Arumughaswamy to look into the circumstances leading to the death of the AIADMK supremo citing doubts expressed by various people.

Addressing a meeting seeking votes for party candidate Shanmugasundaram at nearby Pollachi, Stalin said "This is done not for the benefit of DMK or its alliance partners, but considering the agony and pain suffered by AIADMK workers and sacrifice by its cadres."

He hit out at the recent I-T raids at the premises of DMK treasurer Duraimurugan in Vellore and alleged that police vehicles were being used for transporting money to pay voters on behalf of the ruling party.

Earlier in his address at Thondamuthu and Kuniyamuthur in the city, Stalin said AIADMk government was afraid to conduct local body elections, fearing complete sweep by the DMK.