The CPI-based inflation has been on the rise since August 2019, and it is for the first time it has moved southward since then. 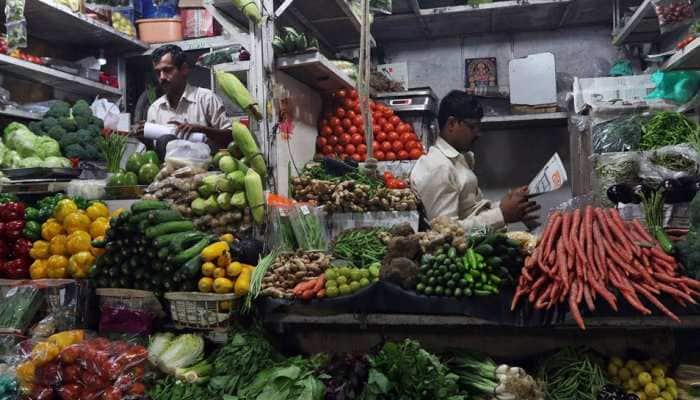 New Delhi: All India Consumer Price Index (CPI) slipped to 6.58% in February as prices of vegetables and other kitchen items eased, according to data released by National Statistical Office (NSO) on Thursday (March 12).

According to the Ministry of Statistics & Programme Implementation statement, the retail inflation was 7.59% in January 2020, while the Consumer Food Price Index (CFPI) stood at 153.40 in January, down 2.41% compared to the previous month.

Price data are collected from selected towns and selected villages by the field operations division of NSO, MoSPI. Price data are received through web portals, maintained by the National Informatics Centre.

The CPI-based inflation has been on the rise since August 2019, and it is for the first time it has moved southward since then.

Data showed inflation in vegetable prices cooled off significantly to 31.61 per cent from a high of 50.19 per cent in January. The rate of price rise was also slower in case of protein-rich items pulses and eggs.

The inflation in the food basket was 10.81 per cent in February 2020, lower from 13.63 per cent in the previous month, as per the CPI data released by the National Statistical Office (NSO).

However, the inflation in the 'fuel and light' segment almost doubled to 6.36 per cent in February over the preceding month.

The NSO data further revealed that the inflation was 10.37 per cent in the rural India and 11.51 per cent in the urban areas. In both cases, the rate of price rise was lower than January.

Meanwhile, India's industrial output rose 2 per cent in January from a year earlier, according to the Index of Industrial Production (IIP) data released by the government today. The cumulative growth for the period April-January 2019-20 over the corresponding period of the previous year stands at 0.5 percent.

The Quick Estimates of Index of Industrial Production (IIP) with base 2011-12 for the month of January 2020 stands at 137.1, said the statement.

According to the statement, the Indices of Industrial Production for the Mining, Manufacturing and Electricity sectors for the month of January 2020 stand at 124.3, 137.6 and 155.6 respectively, with the corresponding growth rates of 4.4 percent, 1.5percent and 3.1 percent as compared to January 2019.

The cumulative growth in these three sectors during April-January 2019-20 over the corresponding period of 2018-19 has been 1.0 percent, 0.3percent and 0.9percentrespectively.