The train will start from New Delhi junction at 6 am and will reach Katra at 2 pm the same day and will travel via Ambala, Ludhiana and Jammu Tawi. 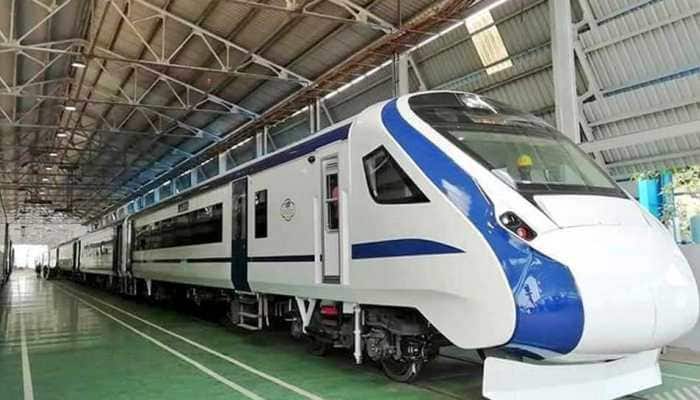 New Delhi: In good news for lakhs of pilgrims visiting the holy shrine of Vaishno Devi, the Indian Railways is all set to launch Vande Bharat Express train between New Delhi and Katra during Navratras.

Indian Railway Board chairman Vinod Kumar Yadav has said that the Delhi-Katra Vande Bharat train trials have been finished. It will be a gift to pilgrims and it will ply in Navratras.

He also added that Railways is trying to upgrade the busy routes. Delhi-Mumbai and Delhi-Howrah will be ready by December 2021.

Yadav said that 40 Vande Bharat trains will come out by 2022. Railways is working on new specifications for the trains.

He also added that there would be transparency and it will be a 'Make in India' project. The train's tendering process was recently mired in controversy when it was alleged that the process indulged in favouritism and non-transparency.

Earlier, Zee Media had reported that the time table of the train has been finalised by the authorities. The train will start from New Delhi junction at 6 am and will reach Katra at 2 pm the same day. The train will travel via Ambala, Ludhiana and Jammu Tawi.

As per the time table, the train will reach Ambala junction at 8.10 am, Ludhiana junction at 9.22 am and Jammu Tawi at 12.40 pm. The stoppage time for the train at each of the station will be two minutes.

On the down route, the train will depart from Katra at 3 pm and reach New Delhi at 11 pm. Timing for other stations are: Jammu Tawi – 4.18 pm, Ludhiana – 7.36 pm and Ambala – 8.56 pm. The stoppage time will remain two minutes for each station.

Railways to phase out generators from trains, create 20,000 seats, save Rs 800 crore per year