The Finance Minister stated that infrastructure is the backbone of development and quality of life and added that the government has gone beyond incremental growth to attain transformative achievements. 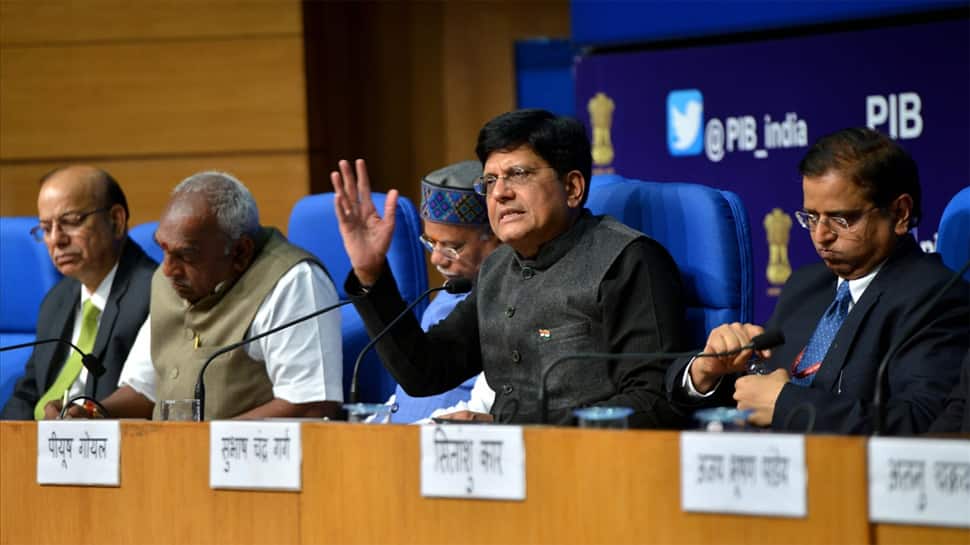 In the Interim Budget 2019-20, the Railways has been allocated Rs.64,587 crore, Finance Minister Piyush Goyal said on Friday while addressing Parliament. Complimenting the Railways, Goyal said: "Indian Railways has experienced the safest year in its history as all Unmanned Level Crossings on broad gauge network have been eliminated."

The Finance Minister stated that infrastructure is the backbone of development and quality of life and added that whether it is highways or railways or airways or even digi-ways, the government has gone beyond incremental growth to attain transformative achievements.

He added that the introduction of the first indigenously developed and manufactured semi high-speed "Vande Bharat Express" will give passengers world-class experience with speed, service and safety. "This major leap in wholly developed technology by our engineers will give an impetus to the Make in India programme and create jobs," he said.

The Finance Minister said that with the opening of the Pakyong airport in Sikkim, the number of operational airports has crossed 100. He added that domestic passenger traffic has doubled during the last five years leading to a large number of jobs being created also. "Today, India is the fastest highway developer in the world with 27 kms of highways built each day. Projects stuck for decades like the Eastern Peripheral Highway around Delhi or the Bogibeel rail-cum-road bridge in Assam and Arunachal Pradesh have been completed," he said.

He added that for the first time, a flagship programme of Sagarmala along the coastal areas of the country will develop ports for faster handling of import and export cargo. "For the first time, container freight movement has started on inland waterways from Kolkata to Varanasi. Our Government will introduce container cargo movement to the North East as well, by improving the navigation capacity of the Brahmaputra river," he said.

The Finance Minister announced that the people of North East have received significant benefits of infrastructure development in this Interim Budget. Arunachal Pradesh came on the air map recently and Meghalaya, Tripura and Mizoram have come on India’s rail map for the first time. Allocation for the North Eastern Areas is being proposed to be increased by 21% to Rs.58,166 crore in 2019-20 BE over 2018-19 BE.