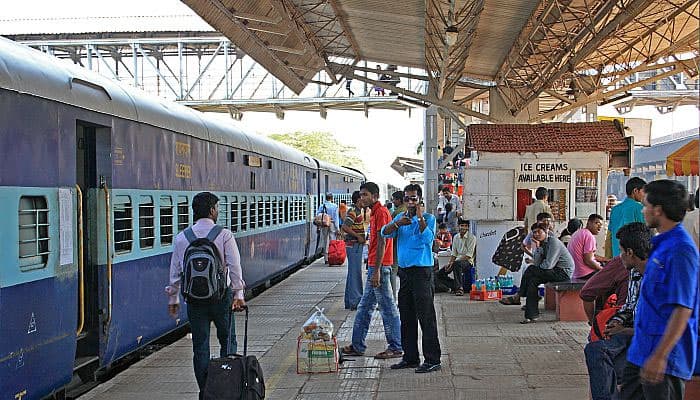 Finance Minister Nirmala Sitharaman, in her maiden Union Budget, highlighted the current condition of railways infrastructure in the country, declaring that massive investment was needed to fix the same. According to the Finance Minister, there is requirement of Rs 50 lakh crores to boost the railway infrastructure.

She said, "Railway infrastructure would need an investment of Rs 50 lakh crores between 2018 and 2030."

"As much as 657 km of metro rail network has become operational in the country... PPP to be used to unleash faster development and delivery of passenger freight services," she added.

This comes a day after the Economic Survey said that government was planning to decongest roads and railways by enabling river route for transportation of cargo.

Development of railway infrastructure has been a major concern for the central government.

Recently, the government took a decision to upgrade as many as 50,000 passenger coaches in near future. The plan to be executed under Mission Transformation aims to upgrade the existing Indian make Integral Coach Factory (ICF) coaches to Utkrisht Rakes. Utkrisht Rakes rakes are more advance, better designed and equipped with more passenger friendly features.

Indian Railways has already taken steps aimed at upgrading the rakes. While interacting with Zee Media, Rajesh Aggarwal, Member Rolling Stocks Railway Board informed that the upgradation exercise will not only help passengers to get more comfortable and safe rail journey but will also help to improve the image of Indian Railways.

Following the success of India’s first semi-high speed train, Vande Bharat, the Indian Railways is also planning to add more such train sets to its network.

Union Budget 2019 highlights live updates: Special additional excise duty of Re 1 per litre to be levied on petrol and diesel, says Nirmala Sitharaman