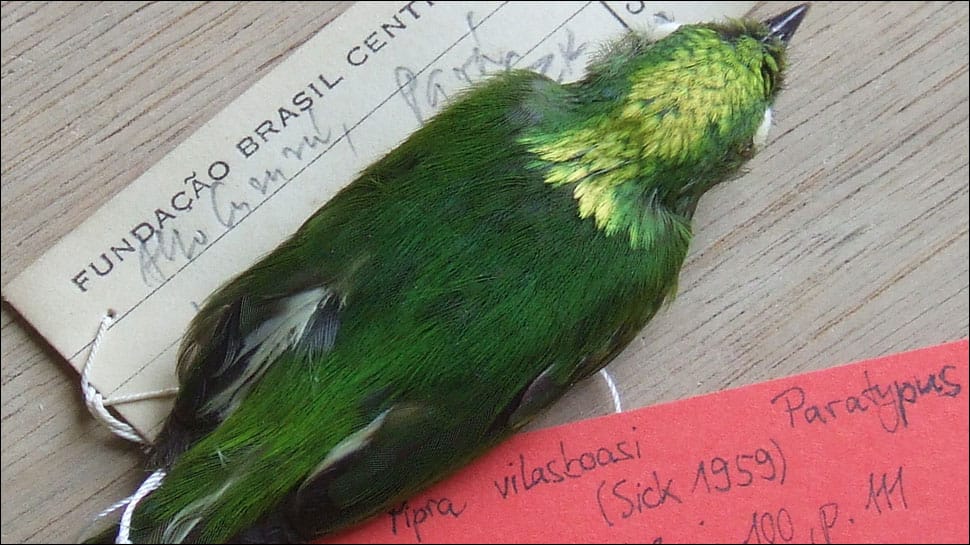 New Delhi: First discovered in Brazil in 1957, the golden-crowned manakin is, in fact, a hybrid species, scientists have found.

Scientists came to this conclusion after analysing the bird's genetics and feathers, making it the first such bird species known to be living in the Amazon rainforest.

"While hybrid plant species are very common, hybrid species among vertebrates are exceedingly rare," said the senior author of the research Jason Weir, Associate Professor at the University of Toronto Scarborough in Canada.

For the study, to be published in a forthcoming issue of the journal Proceedings of the National Academy of Science, the researchers gathered genetic and feather samples over two separate field trips to Brazil.

They were then able to sequence a large portion of the golden-crowned manakin's genome including 16,000 different genetic markers, finding that about 20 percent of its genome came from the snowy-crowned, and about 80 percent came from the opal-crowned.

The researchers also used something called coalescent modeling to figure out at what point the golden-crowned split off from its parental species.

"Most Amazon bird species diverged from their most recent relative around 1.5 to four million years ago, so these are all young birds by comparison," Weir said.

The male golden-crowned has unique yellow crown feathers that are much duller than its parental species, the study said.

While hybrids of two species do occur in nature, in most cases they won't develop unique characteristics to become its own separate species, Weir said

"This is what makes the golden-crowned manakin such a novel animal," he added.