Adhering to requests from the various Hero I-League clubs, the Committee unanimously decided to implement the 3 (foreigners) + 1 (Asian) recruit rule for Hero I-League matches from 2020-21 season itself. 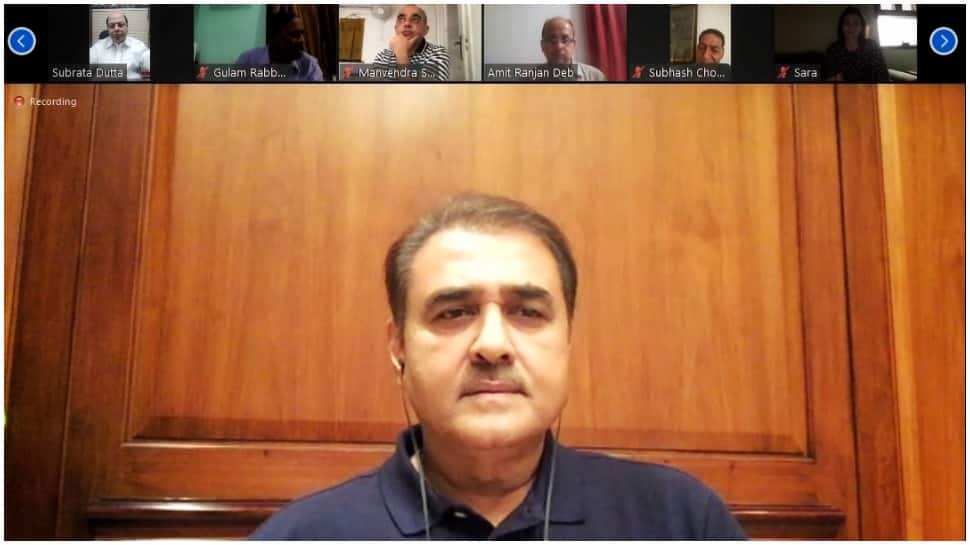 Welcoming all members to the “first-ever executive committee meeting via video conferencing,” Patel said, “These are unusual times. But we need to make the best use of technology. We see what is happening all across the world, and we have to learn to live with it for some more time till normalcy returns in our society, and also in sport.”

“The new dates -- February 17 – March 7, 2021 -- for the FIFA U-17 Women’s World Cup have been announced after the event was earlier postponed from November. Fortunately, it’s not been a long postponement,” Mr. Patel stated.

“I feel the postponement won’t affect the preparation of our team. We were getting ready keeping November (the earlier window) in mind. But we are on track for the event, both from the organisation side and also the team’s perspective. I am in constant touch with FIFA and AFC and everyone is waiting for footballing activities to resume soon,” said Patel.

Adhering to requests from the various Hero I-League clubs, the Committee unanimously decided to implement the 3 (foreigners) + 1 (Asian) recruit rule for Hero I-League matches from 2020-21 season itself.

Meanwhile, FSDL will work with the AIFF and will present a plan to the Executive Committee on the way forward for foreign players in the next couple of months. This plan would come into effect after the 2020-21 season.

The Committee also discussed and felt that as per the AFC regulation of clubs needing to play minimum 27 matches for them to gain eligibility to play in the AFC Champions League, clubs playing in the Hero ISL need to play more matches not just to adhere to the guidelines, but also for the holistic development of players, and Indian Football overall.

Patel also urged the Hero ISL and the Hero I-League clubs to put up a women’s team for the Hero Indian Women’s League.

“Women’s football in India cannot be sustainable without participation from clubs,” he said.

Meanwhile, Abhishek Yadav, Director National Teams apprised that the National age- group teams await directions from the Ministry of Youth Affairs and Sports as to when the preparatory camps can be resumed without compromising on the health of players and staff.

Sunando Dhar, CEO Leagues, and Roma Khanna, Tournament Director, FIFA U-17 WWC respectively updated the Committee about the Leagues, and also the U-17 Women’s World Cup, and the National Centre of Excellence in Kolkata.

Furthermore, keeping in sync with FIFA relaxations on status of transfer of players, the Committee felt that the set-up of the transfer window can be zeroed down when the schedules of respective Leagues are finalised.

The Committee also condoled the demises of PK Banerjee, Chuni Goswami, and Abdul Latif, Ashok Chatterjee, and Rajendra Mohan, and observed a minute’s silence bowing their heads as a mark of respect for the departed souls.

“It’s so sad that we have lost legends to whom Indian Football owes a lot. I put on record my greatest appreciation and respect to the contribution made by these legendary footballers. We hope their play and passion for the game will continue to guide and inspire footballers for now and for the future,” lamented Praful Patel.

“I would have been honoured to go to Kolkata to pay my last respects for Padma Shris – PK-da, and Chuni-da. But due to the prevailing unusual circumstances we could not pay our due respect,” said Patel.