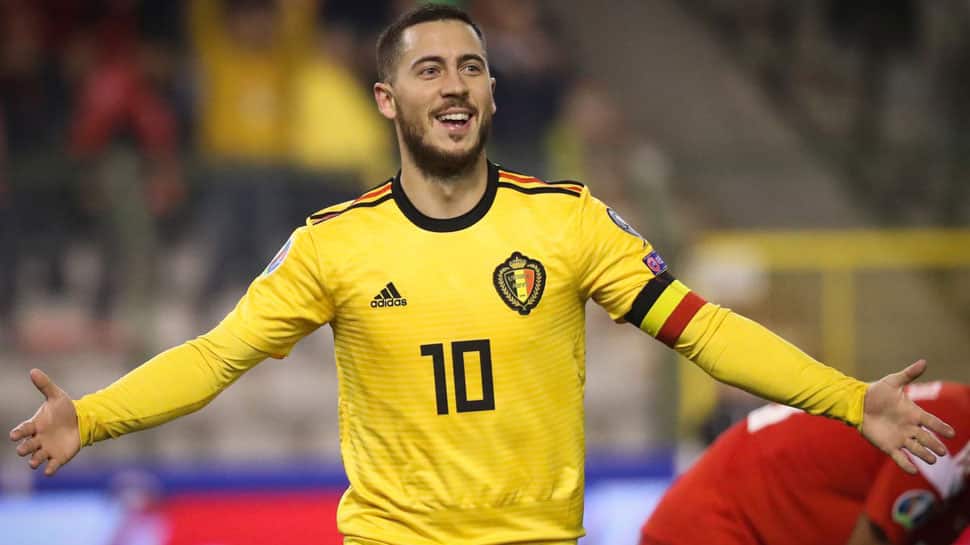 Captain Eden Hazard scored twice for Belgium following a poor show by goalkeeper Thibaut Courtois to help secure a 3-1 victory over Russia in their Euro 2020 Group I qualifier at the King Baudouin Stadium on Thursday.

Striker Michy Batshuayi was asked to lead the line in the absence of the injured Romelu Lukaku, while the Hazard brothers, Eden and Thorgan, played together for the third time in a national team shirt.

Belgium led with 15 minutes on the clock when Timothy Castagne’s pass fed Tielemans on the edge of the box and as Russia’s defensive line opened up, the midfielder fired a low shot past goalkeeper Guilherme Marinato.

But the lead lasted barely a minute as a horror error from Courtois gifted Cheryshev the equaliser.

The keeper dallied in possession following a back-pass and when pressed into action, passed the ball straight to Cheryshev on the edge of the box who finished into an empty net.

Batshuayi came close to restoring the lead when the Hazard brothers led a breakaway from a Russian corner and when the ball fell to the striker in the box, his shot beat Marinato but not defender Georgiy Dzhikiya on the goalline.

Belgium, World Cup semi-finalists last year, scored their second just before the break when Eden Hazard was fouled in the box by Yuri Zhirkov and stepped up to convert the spot-kick and give his side a 2-1 lead at halftime.

Batshuayi should have added a third for the home side when he was left unmarked and turned a low cross on to the post from eight yards out.

Skipper Hazard netted the third when he picked up the loose ball in the box after Batshuayi’s shot was blocked and the visitors finished the game with 10 following a late red card for Aleksandr Golovin.

Earlier, Cyprus stormed to the top of the Group I standings with a 5-0 victory over San Marino in Nicosia.