Ronaldo cleared the ball from his own box before making a darting run forward and eventually scoring the opening goal for Portugal. 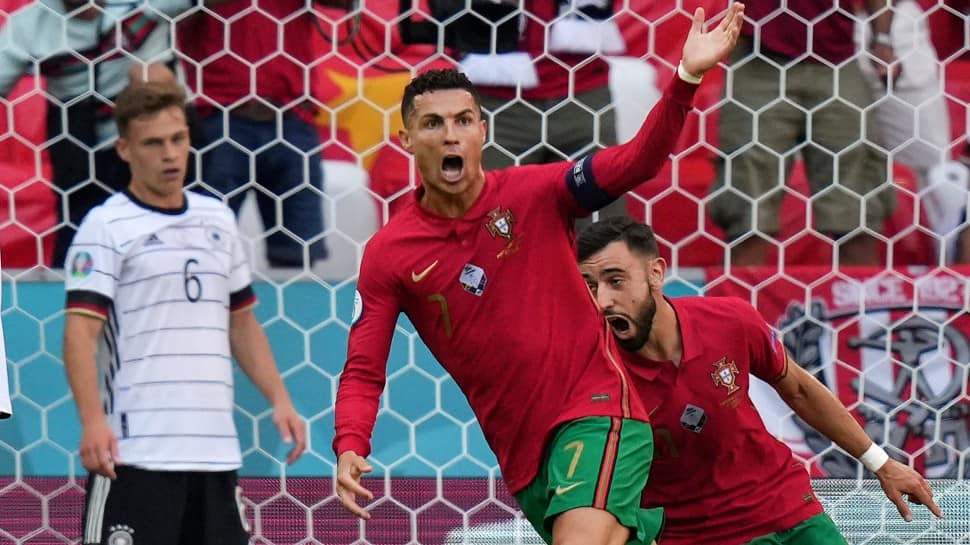 It took Cristiano Ronaldo merely 15 minutes to break the deadlock against Germany in a Group F EURO 2020 match on Saturday (June 20). It was all about the striker’s awareness and his age-defying fitness that saw Ronaldo score the opening goal. CR7 was at the right place at the right time and all he had to do was tap in the ball to give Portugal the lead.

The Portugal skipper cleared the ball from his own box before making a darting run forward and eventually scoring the opening goal for his side. Notably, 36-year-old Ronaldo hit a top speed of 32 km/h during his 92m run and covered the distance in just 14.2 seconds.

Interestingly, it was Ronaldo’s first-ever goal against Germany.

36-year-old Cristiano Ronaldo cleared the ball from his own box and sprinted ahead of everyone on the pitch to score the opening goal for Portugal in less than 15 seconds.

Meanwhile, Germany, despite conceding the first goal, shrugged off their opening game loss and announced their arrival as serious contenders at Euro 2020 with an emphatic 4-2 win over highly-rated Portugal.

Ronaldo had given the defending champions a 15th-minute lead but Germany went in at the break 2-1 up thanks to own goals from Ruben Dias and Raphael Guerreiro. The three-time European champions turned on the style in the second half with goals from Kai Havertz and the impressive Robin Gosens making it 4-1 before Diogo Jota pulled a goal back for Portugal.

The win moves Germany, who face Hungary in their final game, into second place in the group on three points, a point behind leaders France and level on points with the Portuguese. Hungary drew 1-1 with France earlier on Saturday.