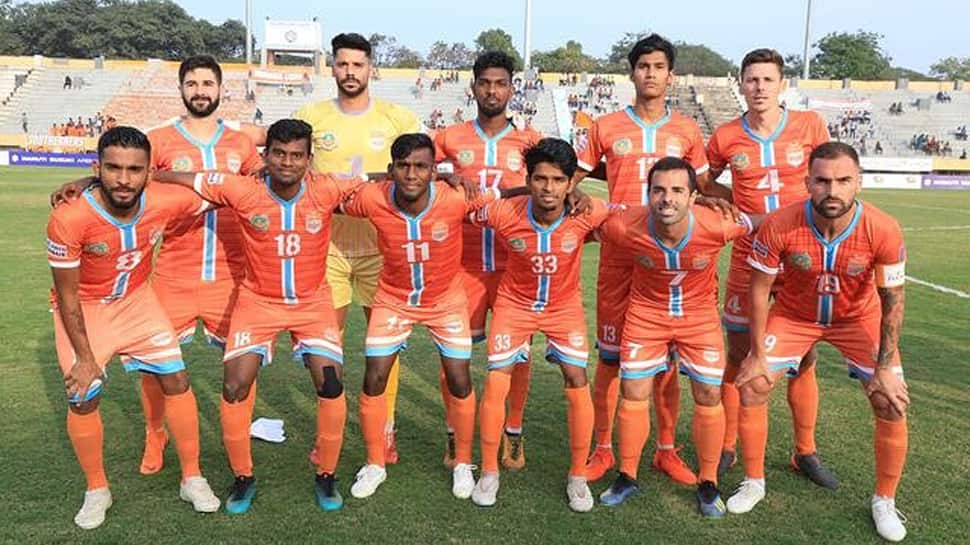 Sandro Rodriguez scored on either side of the half and Pedro Manzi helped himself score arguably the goal of the season and another to boot, as Chennai City outclassed Aizawl FC 4-3 to take a step closer to the I-League crown at the Jawaharlal Nehru Stadium in Tamil Nadu.

Albert got a 37th-minute equaliser for Aizawl after Sandro gave the hosts a lead in the 28th, and for a while till the quarter hour-mark of the second-half, the visitors looked in the ascendency before Manzi Magic struck a definitive blow to take the game away from Aizawl, despite a late rally by them.

The win takes them to 30 points with seven more games to go and an eight-point gap from their nearest rivals at this stage. Stanley Rozario, the new Aizawl coach, looked positive, to begin with Albert Zohmingmawia Vanlalduatsanga in place of Lalrosanga and Fanai, who had started the previous game.

For the hosts as well, Akbar Nawas was forced to leave out a suspended Roberto Eslava and played the versatile Jozef Kaplan in defence. Sri Ram was also replaced by Srinivasan Pandiyan, who came back from suspension.

Chennai took the lead in the 28th minute after a move created by Pravitto Raju on the right saw him try to set up a Nestor with a cut back in. The Spaniard displayed vision to leave it for Sandro backing up, who let go from distance and the ball caught Gurpreet`s palms before going into the Aizawl net.

About 10 minutes later, Alfred Jaryan muscled the ball away from Pandiyan in the centre of midfield and played a quick 1-2 with Kasagga and upon getting the ball back, released Albert who had made a darting run into the box from the right.

The talented youngster brought back by Stanley Rozario after not getting much game-time during Raikhan`s tenure earlier, coolly slotted the ball between Santana`s legs and into the Chennai net.

From then till the 60th minute of the game, Aizawl clearly looked the better team and threatened many a time to take the lead.

Ivorian Zikahi Dodoz was guilty of missing at least two gilt-edged opportunities to score. Chennai also had their fair share of misses and Romario was the main culprit missing a sitter in the 58th minute after misdirecting a volley earlier.

Then there was simply some Manzi Magic at the hour mark.

A ball cleared by Romario from the Chennai back line bounced in front of Pedro Manzi just inside the Aizawl half near the right touchline. The Spanish sniper took a touch forward, looked up, saw keeper Gurpreet off his line and fired from 40 yards out to lob the keeper and nestle the ball into the Aizawl net.

It was a goal worthy of taking him to the top of the 12th I-League goal scorers` list with his 12th of the campaign.

It was a goal feast from then on with Sandro getting his second of the game in the 69th, not for the first time in this year`s campaign, swinging in a brilliantly taken free-kick, to beat Gurpreet all ends up.

Nestor, who had a relatively quieter day, then got into the mix, playing in the perfectly weighted ball into the box for Manzi, who had initiated the move from the right. The striker chipped in calmly over the keeper for this 13th.

Then in injury time, Aizawl attempted an outrageous comeback with two more outstanding goals, ushering in a thrilling finish.

First, Isaac controlled a second ball off a corner, took a touch forward with his left foot to create space and curled it intelligently over Santana in the Chennai goal.

A minute later, Aizawl intercepted the ball in the midfield and Mapuia, played on inside the box, shrugged off his marker to unleash a right-footer past Santana. It was Mapuia`s third of the season and all his goals have been quality so far.