Meanwhile, European football`s anti-discrimination watchdog FARE described racism in football as the "Italian epidemic" and said there had been an alarming rise in incidents. 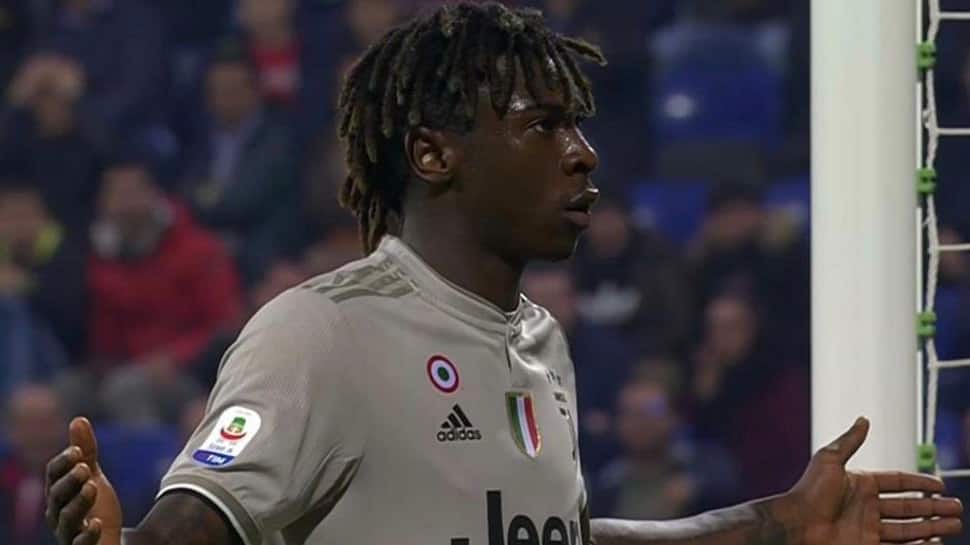 Juventus forward Moise Kean has stood by his goal celebration, saying it was the best way to answer racism after some blamed it for the 19-year-old suffering alleged racist abuse in Tuesday`s Serie A match at Cagliari.

Meanwhile, European football`s anti-discrimination watchdog FARE described racism in football as the "Italian epidemic" and said there had been an alarming rise in incidents.

Kean, who had been jeered throughout the game, turned in Rodrigo Bentancur’s cross with five minutes left to complete a 2-0 win for runaway Serie A leaders Juventus and then stood in front of the Cagliari fans behind the goal and opened his arms.

In response, Cagliari’s supporters made the noise which is described in Italy as "buu" and is regarded as a racist insult, although some fans argue it is simply to annoy opposing players regardless of race.

There was no official comment on Wednesday from either club.

Serie A`s disciplinary committee is likely to deal with the incidents on Friday, once the entire match day has been completed.

Immediately after the game, Juventus defender Leonardo Bonucci said that Kean was partly to blame for the incidents, for not celebrating with his teammates.

Cagliari president Tommaso Giulini denied the crowd had been racist, saying he heard "mostly boos" and that the Cagliari fans would have reacted the same way if "any other player" had performed a similar celebration.

Under the heading "Italian epidemic", FARE published a statement on Twitter which read: "Our message to Italian football on the alarming rise in racist incidents is simple. Enough is enough."

In December, Inter Milan were ordered to play two home games behind closed doors after Napoli defender Kalidou Koulibaly was racially insulted during a game at San Siro.

In 2017, Ghanaian player Sulley Muntari was booked and sent off after complaining about racist abuse while playing for Pescara, also at Cagliari.

Matuidi also complained that he suffered racist abuse in another game at Cagliari last season. The Sardinian club later apologised.