Real are third in the standings on 48 points, two behind Atletico Madrid who beat Villarreal 2-0 earlier on Sunday and still adrift of Barca, who won 4-2 at Sevilla on Saturday. 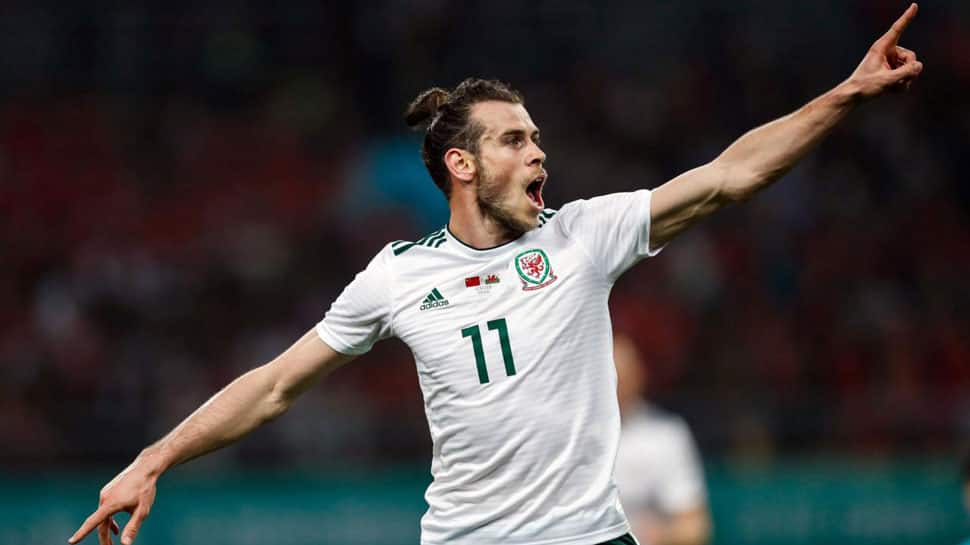 Real Madrid`s Gareth Bale came off the bench and coolly converted a controversial penalty to secure a 2-1 win at Levante in La Liga on Monday as the European champions rode their luck to stay within nine points of leaders Barcelona.

Real came under heavy pressure early on but Karim Benzema gave them the lead towards the end of the first half from the spot after a penalty was correctly awarded for a handball by Enis Bardhi following a Video Assistant Referee (VAR) review.

Levante, who pulled off a shock 2-1 win over Real at the Santiago Bernabeu earlier this season, deservedly drew level on the hour mark with a sliding finish from Roger Marti, who had struck the woodwork twice before the interval.

Real, who lost 2-1 at home to Girona in their last outing, struggled to impose themselves and Brazilian teenager Vinicius Jr was again their stand-out performer as more experienced players like Toni Kroos and Luka Modric gave sluggish displays.

Real were then awarded a hotly-contested penalty following another VAR review when Casemiro went down theatrically after light contact from Levante substitute Cheick Doukoure.

Wales forward Bale, who had only replaced Benzema minutes earlier, deceived Levante keeper Aitor Fernandez with an ice-cool finish from the spot but barely celebrated the goal, brushing away teammates who tried to congratulate him.

Real are third in the standings on 48 points, two behind Atletico Madrid who beat Villarreal 2-0 earlier on Sunday and still adrift of Barca, who won 4-2 at Sevilla on Saturday.

Real had defender Nacho Fernandez sent off for a second booking late in the game, although the Spaniard`s first yellow card meant he had already been ruled out of next Saturday`s `Clasico` at home to Barcelona in the league.

Real also meet Barca in the second leg of their Copa del Rey semi-final on Wednesday with the tie level at 1-1.

Levante`s Ruben Rochina, meanwhile, received a second yellow card for venting his fury at the officials from the sidelines after being replaced by Doukoure, having earlier been booked while he was on the pitch.

"It was a very difficult game, they played a block of five players in midfield and it was very hard for us to create chances, but we took advantage of the opportunities we got and fortunately they did not," said Real defender Dani Carvajal.

Carvajal also defended the second penalty Madrid were awarded, which had sparked furious protests from Levante`s players and coaching staff.

"I was 25 metres away and I could hear the kick, I`m not a referee and they have a tough job and if the referee gives a penalty and the VAR ratifies it then it must be a penalty," he said.

But Levante president Quico Catalan was bemused by the decision, saying, "The more replays I see the less I understand it. I`ve seen it 37 times and it seems very, very harsh to me".

"If Doukoure had really hit Casemiro he`d have had to be taken off in an ambulance, and it surprises me even more that this penalty was awarded due to VAR."