Rashford is the youngest player to reach a century of top-flight appearances for the Red Devils since Ryan Giggs in 1993. 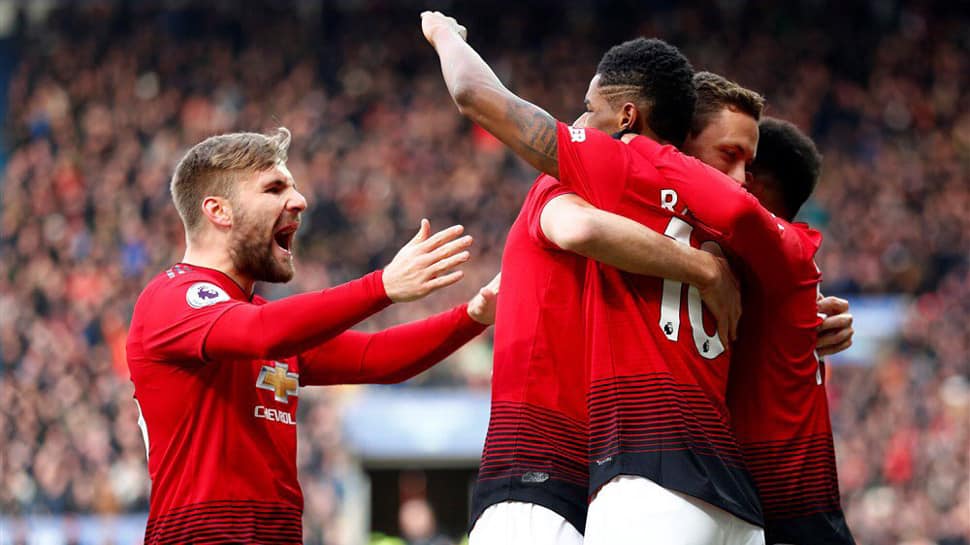 Having missed a simple header early on, 21-year-old Rashford compensated in the ninth minute, skilfully latching on to a lovely dink from Paul Pogba over Leicester`s defence to smash the ball past Kasper Schmeichel from close range.

"It was a great finish. The kid has improved and improved," said a delighted Solskjaer, who has enjoyed nine wins and a draw in all competitions since taking over as caretaker manager from the sacked Jose Mourinho in December.

Rashford is the youngest player to reach a century of top-flight appearances for the Red Devils since Ryan Giggs in 1993.

Struggling under Mourinho, he and Pogba have been in superb form since the moment former Manchester United favourite Solskjaer walked in. Yet Sunday`s win lacked the fluency and joie de vivre of other performances.

Chilean forward Alexis Sanchez was disappointing again, looking miserable when substituted in the second half.

"They won`t be too happy. They know they can do better," Solskjaer said of his team, smiling at the win even so.

The victory moved United on to 48 points, two adrift of Chelsea in fourth place. Solskjaer`s men have dropped points only once under him - a 2-2 draw with Burnley on Tuesday - and are now firmly aiming for the top-four spot that would give them Champions League football next season.

Inconsistent Leicester stayed 11th on 32 points after losing their third home game in a row.

Second best throughout the first half, Leicester pressed better in the second and should have equalised.

Jamie Vardy`s 61st-minute overhead volley was clawed away by David de Gea, and Rachid Ghezzal`s 77th-minute free-kick was flying in before the Spanish goalkeeper tipped it over.

Leicester manager Claude Puel was disappointed with his whole team - not only the poor clearance from Ricardo Pereira that led to Rashford`s goal.

"We hesitated to put this team under pressure ... It`s a big shame and a big disappointment."

It was Leicester`s third home defeat in a row. Though comfortably mid-table, fans - who enjoyed an astonishing Premier League win in the 2015-16 season - were notably disgruntled on Sunday.

Some booed and chanted "you don`t know what you`re doing" at Puel`s second-half substitution of midfielder James Maddison.