Liverpool, who host Chelsea on Sunday, lead Manchester City by two points with five games remaining although the defending champions have a match in hand. 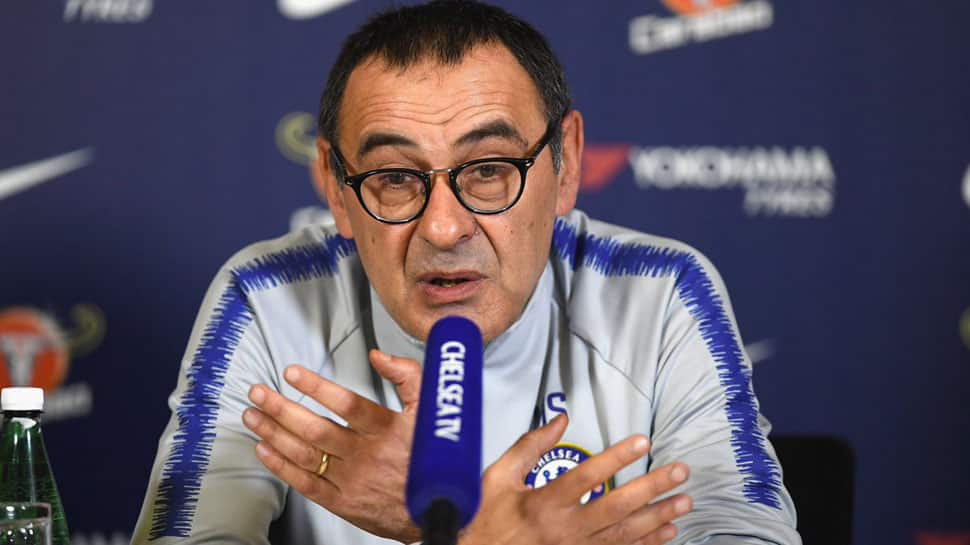 Liverpool are under pressure as they bid to end a 29-year wait for an English league trophy but can help themselves by embracing the challenge in the home stretch of the campaign, Chelsea manager Maurizio Sarri has said.

Liverpool, who host Chelsea on Sunday, lead Manchester City by two points with five games remaining although the defending champions have a match in hand.

"You can be nervous but also with a great level of motivation so the positive is more than the negative."

Chelsea dented Liverpool`s title push with a 2-0 victory at Anfield in the 2013-14 campaign but Sarri warned his third-placed team that they could face a daunting task on Sunday.

"At this moment we are fighting for the top four so we need points. We know it will be difficult to gain points in Liverpool but we have to try in every way," Sarri added.

"To face Liverpool is going to be difficult for us but every game now is difficult. They are one of the best teams in England right now, they reached the final of the Champions League last year and at Anfield, it is always difficult.'

"We know well the risks of this match but we also know that when we are able to play at 100 percent of our potential, we can gain points anywhere. We are in a very good physical and mental condition right now."