Of the 1,991 cases registered by Public Health Scotland (PHS), two-thirds said they had travelled to London to watch England v Scotland on June 18. A total of 397 of these were fans at the game at Wembley Stadium. 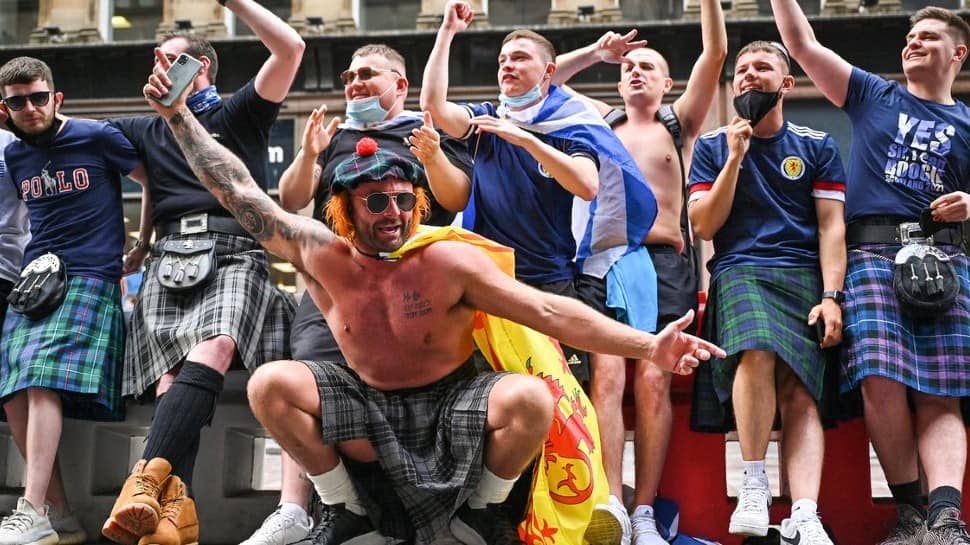 The UEFA Euro 2020 matches have become the new COVID-19 hotspot in Europe, especially in the United Kingdom. Although the matches were held under strict COVID-19 protocal in all the centres across Europe, it has now come to light that over 2,000 Scottish fans have tested positive after attending England vs Scotland game in Wembley, London.

Of the 1,991 cases registered by Public Health Scotland (PHS), two-thirds said they had travelled to London to watch England v Scotland on June 18. A total of 397 of these were fans at the game at Wembley Stadium.

A PHS report said 55 cases were linked to a fanzone in Glasgow, while 38 and 37 respectively were linked to Scotland v Croatia and Scotland v Czech Republic at Hampden Park. The report states that it is working to ensure ‘all public health actions are taken in the close contacts of these Euro 2020 cases’.

The figures show nearly three-quarters – or 1,470 cases – with a Euro 2020 tag are people aged 20 to 39, and nine in 10 are men. Attendance at hospitality venues was the most frequently reported tag, representing 34 per cent of all tags.

Following the game in London, which ended 0-0, Scotland’s Billy Gilmour had to self-isolate after testing positive for COVID-19. England’s Ben Chilwell and Mason Mount also had to isolate after coming into close contact with Gilmour.

Many Scotland fans had also gathered at the Hampden Stadium in Glasgow to attend their team’s matches. UK government minister Anne-Marie Trevelyan was quoted as saying by Sky News called on England fans to “watch from home and to cheer on the team as loudly as you can”.