JJP will be part of govt in Haryana, no outside support: Dushyant Chautala

The JJP leader, during a press conference, said that his party will ally with which ever political party agrees to its common minimum program. 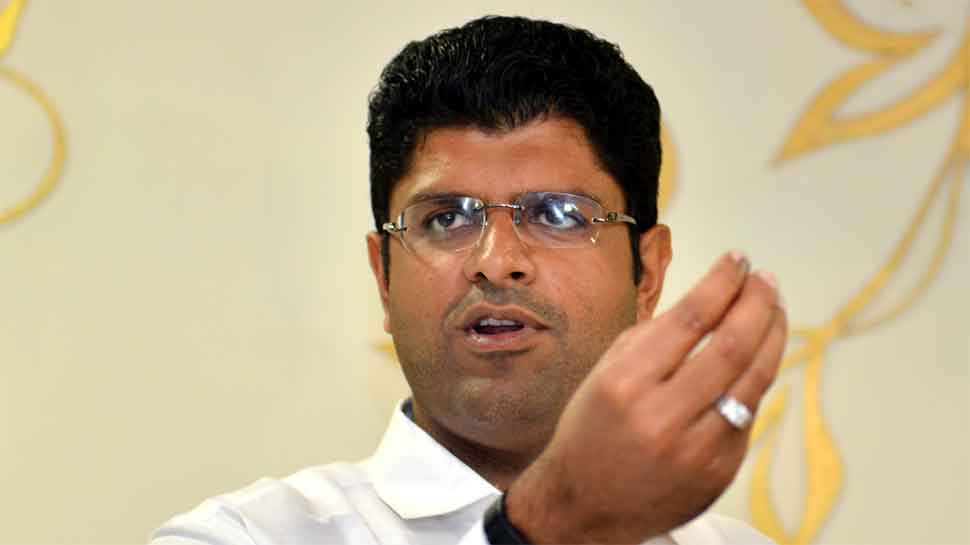 New Delhi: Jannayak Janta Party leader Dushyant Chautala, who emerged as the kingmaker in Haryana after his party won 10 seats in the state, said JJP will support the party which respects its policies.

"In the legislative party meet today, a resolution was passed that I be the leader of the legislative party. We will ally with whichever political party agrees to our common minimum program. The JJP will support the party which respect our policies," Dushyant said during his media briefing today.

He added that his party has kept its doors open for both BJP and Congress and said his MLAs will take the call on extending the support. "Neither BJP nor Congress is untouchable for JJP," he said, adding that the party will be a part of the government and not give outside support.

"For a stable government, the key still lies with the JJP. The national executive of the JJP would decide which party to support. I leave it to to my MLAs to decide," he said.

The Bharatiya Janata Party (BJP), which is six short of a majority in Haryana, is likely to seek the support of independents for the formation of government while also keeping the communication channels open with the JJP, which has won 10 seats in the 90-member assembly.

The BJP finished with 40 seats, much less than its target of 75 seats and seven short of its 2014 tally. A BJP leader said that while Jannayak Janata Party (JJP) could be an option, the party would talk to independents before exploring an alliance with the regional party. INLD and Haryana Lokhit Congress have won one seat each in the results declared on Thursday while seven seats have gone to independents.