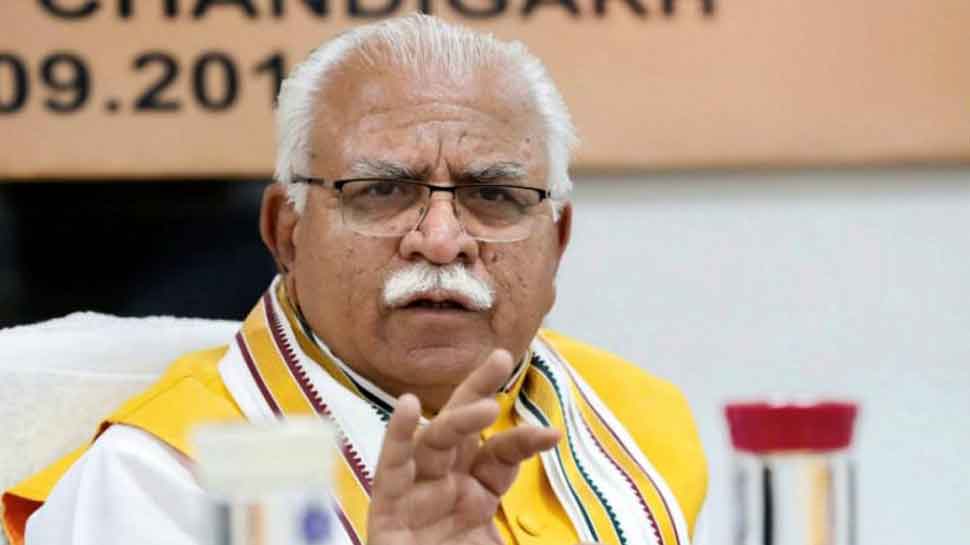 KARNAL: Outgoing Chief Minister Manohar Lal Khattar on Friday left for national capital for consultations with the BJP top brass regarding formation in Haryana after assembly election verdict threw a hung house in the state.

Khattar is expected to arrive at Haryana Bhawan in Delhi around 10 am where he will be received by his party workers.

According to Zee News sources, Khattar will hold closed-door consultations with BJP working president JP Nadda and BJP Haryana in-charge Anil Jain today. He is also expected to meet other senior leaders of the party.

Later in the day, Khattar will be elected as the leader of Haryana BJP Legislative Party, paving way for him to take oath as the new chief minister of the state.

As per sources, after his election as the leader of the newly-elected BJP MLAs in Haryana, Khattar will meet the state's Governor, Satyadev Narayan Arya, and stake claim to form the government.

The veteran BJP politician is most likely to take oath as the chief minister around 4.30 pm on Friday. However, the new Haryana cabinet is likely to be formed after Diwali festivities.

Despite emerging as the single-largest party, BJP has fallen six short of a majority in the 90-seat Haryana assembly. The BJP finished with 40 seats, much less than its projected target of '75' seats and seven short of its 2014 tally.

However, the saffron party is keeping all options open at the moment. The BJP is open to taking the support of Dushyant Chautala's JJP – a new entrant in the Haryana politics – which has emerged as the 'kingmaker' as it won ten assembly seats in the closely-contested elections here, the results of which were declared on Thursday.

The BJP, which is weighing all options at the moment, can also seek the support of independents for government formation in case of no agreement with JJP.

Meanwhile, the BJP Parliamentary Board, which met on Thursday evening after the party's victory in Maharashtra and Haryana assembly polls in Haryana, had said that the BJP-led government will be formed in both the states and the two chief ministers - Devendra Fadnavis in Maharashtra and Manohar Lal Khattar in Haryana - will continue on their posts.

The parliamentary board also authorised party chief Amit Shah to make all decisions regarding the two states.

Sources said Shah has been authorised to appoint party observers for the two states.

The meeting was also attended by Prime Minister Narendra Modi and other members of the board.