People will beat those with shoes who align with BJP: Deepender Singh Hooda

BJP got 40 out of 90 Assembly seats in the recently held Haryana Assembly elections, while Congress bagged 31 and Dushyant Chautala's JJP won 10 seats. 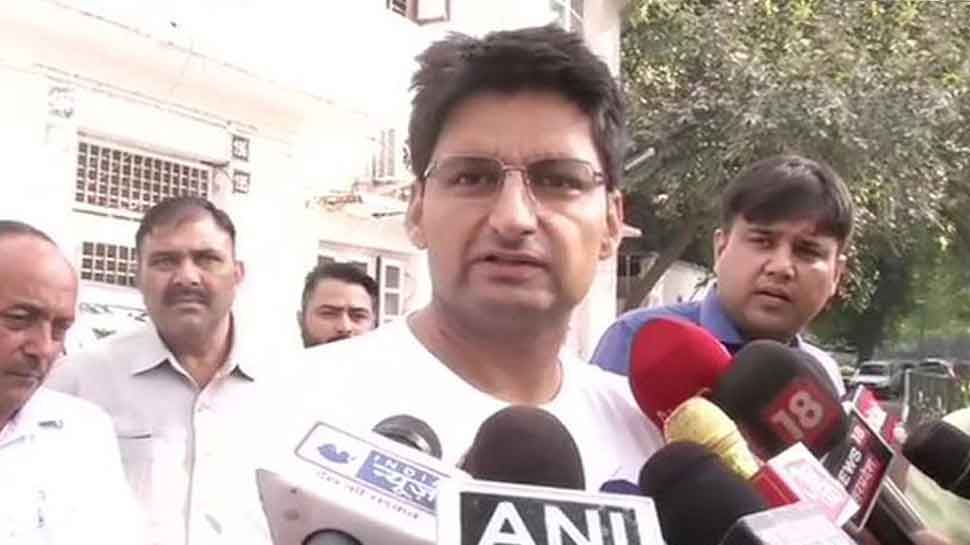 New Delhi: Congress leader and former Haryana Chief Minister Bhupinder Singh Hooda's son Deepender Singh Hooda stoked a controversy when he said if the Independent MLAs join the Bharatiya Janata Party in Haryana, then people will beat them up with shoes in the time to come.

"The Independent MLAs, who are going to be a part of the Khattar government are digging their own political grave. They are selling the trust of people. People of Haryana will never forgive those who do so. People will thrash them with shoes in the time to come," Hooda was quoted as saying on Friday.

BJP got 40 out of 90 Assembly seats in the recently held Haryana Assembly elections, while Congress bagged 31 and Dushyant Chautala's JJP won 10 seats. Though the party is short of six seats for a majority in Haryana, it is in a position to form the government in the state with the support of independents and smaller parties.

The JJP appears set to play kingmaker in the state. Party leader Dushyant Chautala said that the decision to lend support to any party in the state will be taken after the Friday party executive meeting.