India accounts for 75% of air pollution casualties in South East Asian Region: WHO

The WHO report released Tuesday said air pollution is killing nearly 8,00,000 people a year in the South East Asian Region with India alone accounting for at least 75% of the casualties caused by cardiovascular diseases and lung cancer. 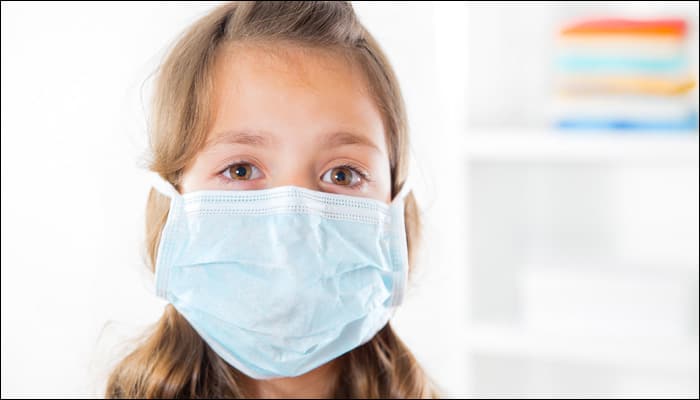 United Nations: A new report by the World Health Organization (WHO) confirms that 92% of population of the world breathe poor air quality and some 6.5 millions are dying annually from air pollution.

The WHO report released Tuesday said air pollution is killing nearly 8,00,000 people a year in the South East Asian Region with India alone accounting for at least 75% of the casualties caused by cardiovascular diseases and lung cancer.

Air pollution is killing nearly eight lakh people annually in the South East Asian Region (SEAR) with India alone accounting for over 75 per cent of the casualties caused by cardiovascular diseases and lung cancer, according to a new WHO report today.

A WHO South East Asian Region statement said: "Air pollution is the world's biggest environmental risk to health and must be addressed on a priority basis as it continues to rise, causing long lasting disease and illness in addition to around 7,99,000 deaths annually in countries of the WHO SEAR."

The report also said that nine out of 10 people globally are breathing poor quality air while nearly 90% of air pollution related deaths occur in low and middle-income countries.

"The new WHO burden of disease estimates shows that 94 per cent of the premature deaths caused by air pollution are due to cardiovascular diseases, chronic obstructive pulmonary disease and lung cancers.

"The remaining are from acute respiratory infections in children under five years of age. The magnitude of the health impact of air pollution calls for urgent action to prevent these avoidable risks and deaths," said Poonam Khetrapal Singh, Regional Director for WHO South-East Asia.

The report represents the most detailed outdoor (or ambient) air pollution-related health data, by country, ever reported by WHO.

The model is based on data derived from satellite measurements, air transport models and ground station monitors for more than 3000 locations, both rural and urban.

It was developed by WHO in collaboration with the University of Bath in UK.

The problem is most acute in cities, but air in rural areas is worse than many think and poorer countries have much dirtier air than the developed world, it said.

The report estimates population exposure to PM 2.5 at country level through a new model that relies on satellite data and ground measurements.

According to the latest urban air quality database, 98 per cent of cities in low and middle income countries with more than 1,00,000 inhabitants do not meet WHO air quality guidelines.

The country-level data in the new report should serve as an opportunity for policymakers to focus on urgent multi-sectoral actions to promote health, WHO SEAR said.

Countries in the region (SEAR) are already working on addressing household air pollution to reduce the burden of noncommunicable diseases.

The introduction of clean and sustainable energy policies and lean and efficient cooking technologies are a key part of the actions needed to clean-up household air pollution caused by the burning of solid fuel such as wood for cooking purposes, it said.

She highlighted that the new WHO report on air pollution exposure and health impacts is an opportunity for countries to review and enhance efforts to improve air quality.

WHO SEAR said that further efforts and investments should be made to encourage as many cities and countries in the Region to closely monitor air quality, using standard, good quality and comparable methods and instruments, as well as making this information available.

The data should be used to strengthen measures against inefficient modes of transport, household fuel and waste burning, coal-fired power plants and industrial activities, some of the major sources of air pollution.

The report called for dramatic action against air pollution that is claiming for more than six million deaths a year.

Air pollution occurs when the environment is contaminated by any chemical, physical or biological agent that modifies the natural characteristics of the atmosphere.

Unknown exposure to second-hand smoke may cause early death