The Fortis Organ Retrieval and Transplant (FORT) unit of Fortis Healthcare Limited successfully transported a donor's heart in the early hours of Saturday morning, at 6.30 a.m. from Fortis Flt. Lt. Rajan Dhall Hospital, Vasant Kunj in South Delhi reaching Medanta, the Medicity in Gurgaon via National Highway 8 in 12 minutes at 6.42 am. 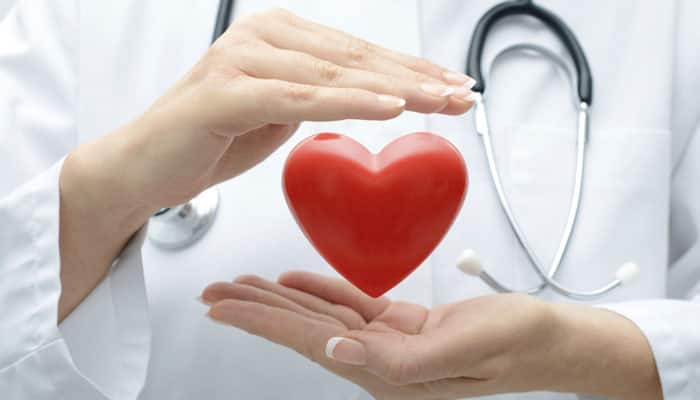 New Delhi: The Fortis Organ Retrieval and Transplant (FORT) unit of Fortis Healthcare Limited successfully transported a donor's heart in the early hours of Saturday morning, at 6.30 a.m. from Fortis Flt. Lt. Rajan Dhall Hospital, Vasant Kunj in South Delhi reaching Medanta, the Medicity in Gurgaon via National Highway 8 in 12 minutes at 6.42 am.

The donor, a 45-year-old male, was brought into the emergency of Fortis Hospital Vasant Kunj by the police in an unconscious state due to head injury sustained in a road accident at Fatehpur Beri near Chattarpur in the afternoon of Wednesday, 6 July. Despite best efforts by the neurosurgery team, the patient could not be revived and he was declared brain dead.

The proposal to donate his organs was discussed with the family members who gave their consent, despite their greatest hour of grief. The hospital informed NOTTO (National Organ and Tissue Transplant Organization) and police clearance was taken, this being a medico-legal case.

Abrar Ali Dalal, Facility Director, Fortis Flt. Lt. Rajan Dhall Hospital said, "This is our first deceased donor organ donation for this facility. We thank the donor's family to have agreed for such a noble act even in their hour of grief and irreparable loss. It was also the clockwork precision of all internal and external medical teams which made this dream of a cadaveric donation a reality."

According to the NOTTO protocol and guidelines update, each hospital has to inform about their possible organ donation after which the government body decides as to which organ is to be sent to which hospital in the region based on a list of recipients. According to the hospital-wise rota decided by NOTTO, the heart will be sent to Medanta, one kidney to Fortis Escorts Heart Institute (FEHI) while the second to Safdarjung Hospital. The liver would be sent to Fortis Memorial Research Institute, Gurgaon.

"The organ donation rate in the country has increased 10-fold over the last 5 years from 0.05 per million population to 0.5 per million. People from all walks of life are increasingly saying 'yes' to organ donation and we are truly humbled by their noble gesture every time. With NOTTO fully functional and the regional and state machineries getting into the act, an organ donation rate of 1 per million by 2020 now looks a distinct possibility." said Dr Avnish Seth, Director, Fortis Organ Retrieval and Transplant (FORT).

The entire process of organ donation and transplant surgeries is meticulous, requiring counselling for the grieving donor family, quick and efficient coordination by the medical and administrative teams to speed up necessary formalities and transport the donated organ quickly to the recipient. Police clearance is a priority required to proceed with organ donation in medico-legal cases. Traffic Police support is equally critical to create a "green corridor" for rapid transit of the organs for transplant between hospitals.

Over the last two years, a heart has been transported in record time via the 'green corridor' process four times from FMRI Gurgaon, thrice to Fortis Escorts Heart Institute, Okhla and once to AIIMS.