More than one million Indians reportedly die annually because of smoking, making it the fourth leading cause of death due to non-communicable diseases (NCD) in the country. 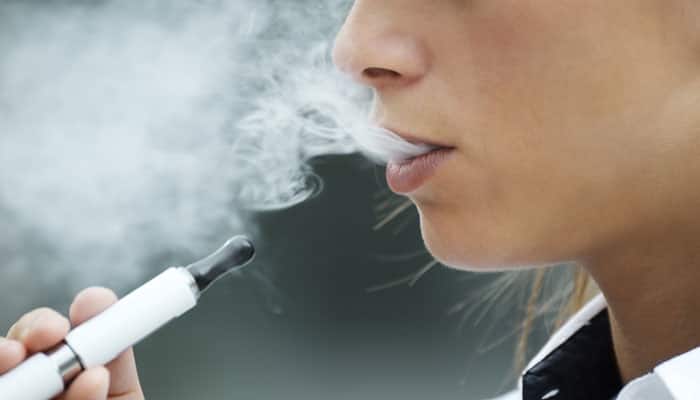 New Delhi: E-cigarettes can help people quit smoking by providing them a significantly safer option, says a paper by Indian researchers who undertook an evidence-based audit of published scientific literature on the issue.

The paper, titled "Electronic Nicotine Delivery Systems (ENDs) as a Substitute to Conventional Cigarette: An Evidence-based Audit", has been co-authored by Sambuddha Das, Yashmin Choudhury, S. Thangminlal Vaiphei and R.N. Sharan of the Department of Biochemistry, North-Eastern Hill University (NEHU).

According to the World Health Organisation (WHO), some one billion people smoke, resulting in about six million deaths annually.

More than one million Indians reportedly die annually because of smoking, making it the fourth leading cause of death due to non-communicable diseases (NCD) in the country.

The authors sought to identify better and safer forms of nicotine delivery to help people quit, especially those unable to do so. They found ENDs -- also commonly known as "e-cigarettes" -- demonstrate minimum health and safety concerns compared to the high risks associated with smoking and can be key to helping people kick the habit.

"Although some gaps remain to be filled by further research, our study conclusively establishes that ENDS offer smokers a far safer alternative way to consume nicotine, which itself is relatively harmless," he added.

The paper also demonstrates that in countries such as the UK, US, France, and Malaysia, where e-cigarette are relatively freely available, the number of cigarette smokers have declined.

Enabling access to such less harmful products in India would likely support public health objectives and reduce the burden of smoking-related health issues.

"Regulators and public health agencies should take note of these positive attributes of ENDS and explore policies that would enable access to these products."

Taal Thok Ke: Why is the opposition constantly opposing the Farmers' Bill

Is #MeToo a lie for director Anurag Kashyap?