Eating nuts may reduce the risk of colon cancer: Study

One should include lots of nuts like hazelnuts, walnuts, almonds and pistachios in their daily diet as they not only promote health benefits but also helps in lowering the risk of the deadly disease colon cancer. 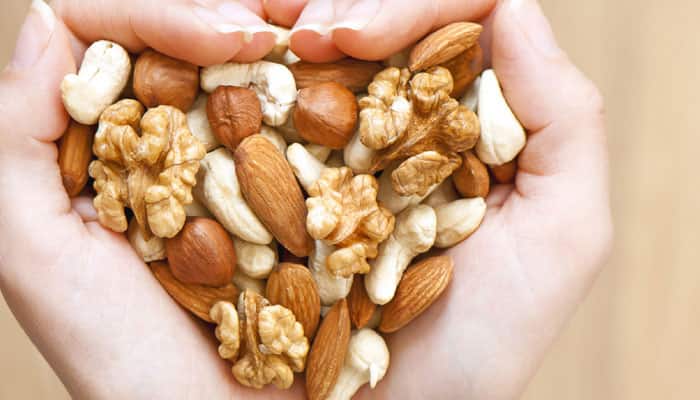 London: One should include lots of nuts like hazelnuts, walnuts, almonds and pistachios in their daily diet as they not only promote health benefits but also helps in lowering the risk of the deadly disease colon cancer.

Researchers have found that eating nuts helps in slowing down the growth of cancer cells and also reduces the risk of colon cancer.

The study led by researchers from University of Jena in Germany, showed that nuts have a positive effect on health because they are involved in activating the body's own defences for detoxifying reactive oxygen species.

These reactive oxygen species are created by ultraviolet radiation, various chemicals or distinct food metabolites and can cause DNA damage, leading to the development of cancer.

Wiebke Schlormann from the University of Jena said, that nuts and the substances they contain, stimulate a series of protective mechanisms in the human body to render these reactive oxygen species as harmless.

Schlormann added, "For a long time now we have known that nuts are full of substances that are good for the heart and the cardiovascular system, or that protect against becoming overweight or developing diabetes".

Some studies have indicated a protective effect against colon cancer, he maintained, in the paper appearing in the journal Molecular Carcinogenesis.

For the study, the team investigated the effect of five different types of nuts: macadamia nuts, hazelnuts and walnuts, as well as almonds and pistachios.

The nuts were artificially "digested" in test tubes and the effects of the resulting digestion products on cell lines were then analysed.

The researchers established that the activity of the protective enzymes catalase and superoxide dismutase increases in the cells that are treated.

In addition, the digestion products induce what is called programmed cell death in the cancer cells thus treated, the researchers noted.

This is why you should eat pasta regularly!