Colon cancer patients who reported a healthy body weight, engaged in regular physical activity, and ate a diet rich in whole grains, vegetables and fruits that was low in red and processed meats, had a lower risk of cancer recurrence and death. 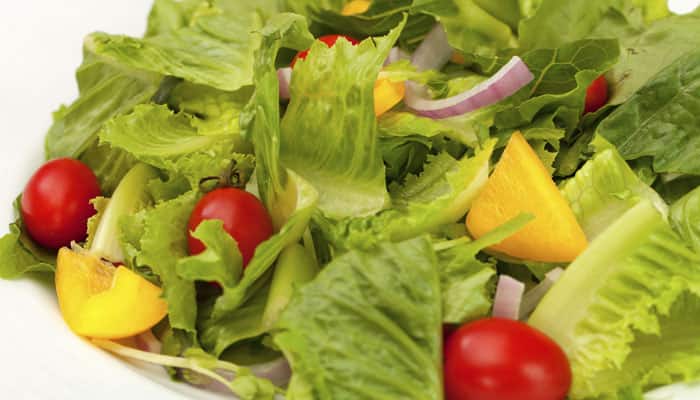 San Francisco: Colon cancer patients who have a healthy body weight, exercise regularly and eat a diet high in whole grains, fruits and vegetables have a significantly lower risk of cancer recurrence.

The study conducted by researchers from University of California and San Francisco (UCSF) is based on an analysis of data collected on patients participating in a national study for people in the US with stage III colon cancer and going through evaluations over about seven years, Xinhua reported.

"We found that colon cancer patients who reported a healthy body weight, engaged in regular physical activity, and ate a diet rich in whole grains, vegetables and fruits that was low in red and processed meats, had a lower risk of cancer recurrence and death compared to patients who did not engage in these behaviours," said Erin L. Van Blarigan, Assistant Professor in the UCSF.

This was a prospective study among nearly 1,000 stage III colon cancer patients enrolled in a chemotherapy trial conducted from 1999 to 2001. Clinical researchers from Harvard University administered a validated questionnaire on lifestyle at two points during the trial.

The researchers found that over a median follow-up period of seven years, colon cancer survivors who adhered to the American Cancer Society Nutrition and Physical Activity Guidelines for Cancer Survivors had a 42 percent lower risk of death and 31 percent lower risk of cancer recurrence compared to patients who did not engage in these behaviours.

There were 335 people with colon cancer recurrences, 256 of whom died; 43 additional patients died during the study from other causes.

In the study, the patients were given a score from 0 to 6 measuring the degree to which their lifestyle matched the healthy lifestyle guidelines.

Only 9 per cent of them had a lifestyle that adhered closely to the guidelines, indicated by a score of 5 or 6.

"There are more than one million colorectal cancer survivors in the United States," Van Blarigan, a member of the UCSF Helen Diller Family Comprehensive Cancer Centre, was quoted as saying in a news release.

"These individuals are living longer than ever before, but the disease remains the second leading cause of cancer death in the US. There is a pressing need for improved survivorship care, and resources to help people adopt and maintain a healthy lifestyle after cancer diagnosis."