They claim that it can be combined with low concentrations of traditional drugs to reduce life-threatening complications and effectively treat cardiovascular diseases and blood clot-related disorders. 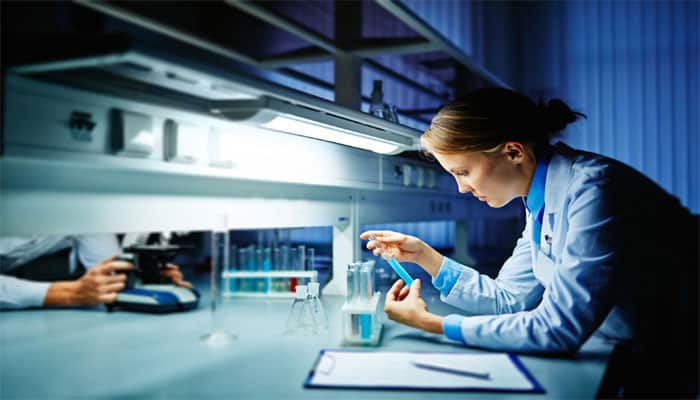 They claim that it can be combined with low concentrations of traditional drugs to reduce life-threatening complications and effectively treat cardiovascular diseases and blood clot-related disorders.

Based on the principle of photothermal therapy, the technique harnessed heat generated by exposing gold nanorods (GNR) to near-infrared (NIR) laser. It specifically targeted blood clots and produced heat locally to chip away the obstruction.

"Our method uses targeted-GNR which specifically binds to the clot (thrombi) and generates local photothermal heat upon NIR-laser exposure. Arterial or venous clots lead to devastating consequences like heart attack, stroke or pulmonary thromboembolism. This has been the first attempt to apply the principle of photothermal therapy to ablation of clots," Debabrata Dash, Professor, Department of Biochemistry, Institute of Medical Sciences, Banaras Hindu University, told IANS.

"Thrombus is a jelly-like mass occluding blood vessels, which is composed of polymerised fibrin strands (fibrin is a protein) held together mostly by non-covalent forces. We reasoned that if we apply local heat to thrombus the component fibrin strands will be separated and will be washed away from the lesion site by the flow of blood," explained Dash, the lead researcher of the study.

The researchers deployed mice as a test bed for their reasoning. The study involved scientists Nitesh Singh, Anand Varma, Ashish Verma, Babu N. Maurya and is published in the journal 'Nano Research'.

The currently available therapy for busting blood clots is medication with tissue plasminogen activator (tPA), streptokinase or urokinase. It is however, fraught with bleeding complications, pointed out Dash.

"Administration of these drugs is associated with serious life-threatening complications, including severe haemorrhage and thus requires consistent physician supervision and monitoring. Secondly, these medications are not directed at a localised clot and therefore, lead to a generalised effect. This represents another major limitation of traditional thrombolytic therapy," elaborated Dash.

But the new method circumvents the limitations. It is specific and enables usage of lower doses of the traditional drug.

What intrigued the scientists even more, was the synergism between the two techniques.

"In mice, the light therapy in combination with a low-dose streptokinase cleared blood clots more efficiently than laser therapy alone. NIR laser has a penetrating power up to 10 cm. Hence, it can effectively access and ablate any intravascular thrombus within this range," said Dash, adding the blood flow in the vessel was slowly restored following the application of the radiation.

They contended there is "no major side effect of this procedure in sight".

"The heat generated by laser exposure did not harm the blood vessel in mice. Gold nanorods are relatively safe for human use. They have been widely suggested for intravenous administration in order to target cancer cells. Photothermal therapy is a non-invasive mode of treatment," said Dash.

This study has been funded by ICMR, DBT and DST. To take it forward, the team intends to target clots in non-human primate model. A patent has already been filed for this study.

Scientists gear up to develop new pill for Alzheimer's prevention