Let your kids play video games, it will help boost their attention! 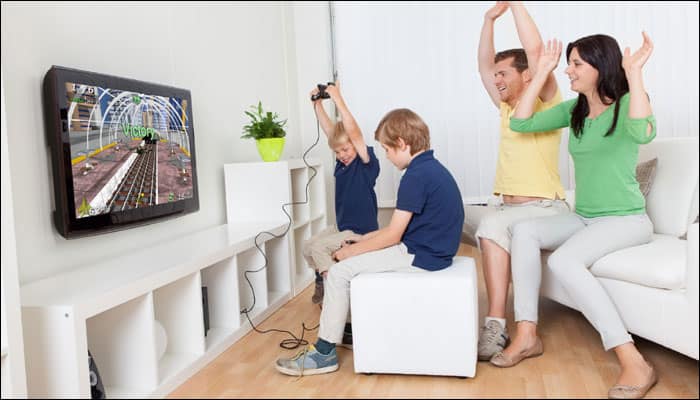 New Delhi: Video games have definitely taken over the world as a form of entertainment, with kids and adults alike engaging in the fun.

Most people also play video games as a means to vent their stress or anger and studies have also proven their efficacy as a treatment for depression.

However, a new study has encouraged parents to let their kids play video games as they believe it can improve attention.

After analysing over a 100 scientific studies, scientists have found that playing video games can help alter the brain regions responsible for attention and visuospatial skills – skills that enable us to recognise a square, triangle, cube or pyramid – as well as make them more efficient.

In the study, researchers led by Marc Palaus from Universitat Oberta de Catalunya in Spain, revealed that gamers showed improvements in several types of attention, such as sustained attention or selective attention.

Further, in gamers, the brain regions involved in attention were found to be more efficient and required less activation to sustain attention on demanding tasks.

On the other hand, the right hippocampus was found enlarged in long-term gamers.

Conversely, video games can also turn to be addictive, and lead to "internet gaming disorder", which can cause problems such as obesity and poor eyesight as well as emotional problems, the researchers warned.

"It's likely that video games have both positive (on attention, visual and motor skills) and negative aspects (risk of addiction), and it is essential we embrace this complexity," Palaus explained .

WARNING: Chemicals from bug-repellant sprays can linger in homes for a year!