While antiviral drugs are often prescribed for treating swine flu, you can some steps to help ease the symptoms of any type of flu, including the H1N1 virus. 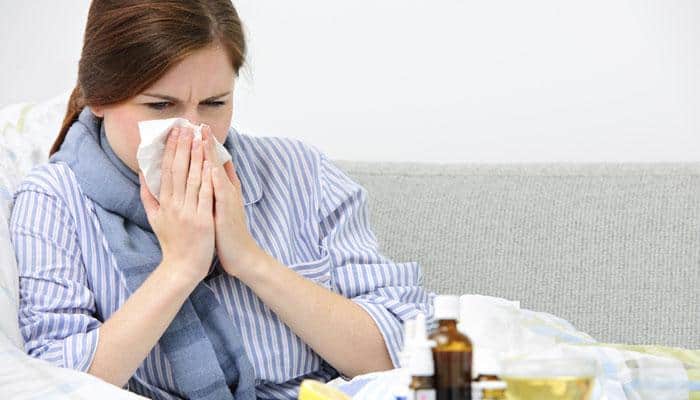 New Delhi: Swine flu, also known as the H1N1 virus, has been widely circulating this season since June, affecting many people with young adults reporting to be the worst hit.

Reports say till July 9, 2017, the H1N1 virus has claimed 600 lives and affected 12,460 people. In Maharashtra alone, a total of 14 people have succumbed to the H1N1 infection, of which five of them lost their lives in Mumbai in July.

Swine flu is a highly contagious, respiratory tract disease caused by influenza viruses that are easily transmissible among humans through the air - sneezing, coughing. The virus can also linger on tables and surface areas like door knobs, waiting to be picked up.

Symptoms of swine flu in humans are similar to those of other flu strains - fever (100 F or greater), cough, nasal secretions, fatigue, headache, watery or red eyes, body aches, diarrhea, nausea and vomiting.

While antiviral drugs are often prescribed for treating swine flu, you can some steps to help ease the symptoms of any type of flu, including the H1N1 virus. Here are some of the best home remedies for fast flu relief:

They are two most sought-after herbs and spices, probably because of their ability to fight off infections, viuses and bacteria effectively, mainly due to their strong anioxidant and antibiotic properties.

Tulsi can help keep swine flu away because it has a large number of therapeutic properties. It also helps in fast recovery of an afflicted person as well as aids in strengthening the immune system of the body

Turmeric is known for its anti-inflamatory and antioxidant properties that can help fight the infection. Moreover, the curcumin - a substance in turmeric - is believed to be antibiotic in nature. If you are not allergic to milk, try taking a warm glass of milk with some turmeric added to it.

It is the richest source of vitamin C, which is the most powerful antioxidant agent and helps in boosting body's defence against infections.

Besides following the above tips, get adequate sleep and rest to help your immune system fight infection. Frequently washing hands with with soap and water or hand sanitiser, not touching your nose, mouth, or eye can help prevent contracting swine flu.