While heart attacks are different from cardiac arrests, the former increases the risk of the latter by a huge margin. 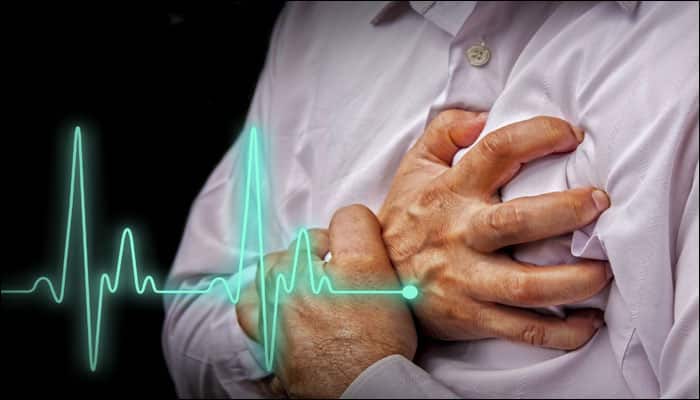 New Delhi: With heart-related ailments becoming more and more common among the younger crowd, a new study has suggested that the chances of young men dying of heart attack during the weekend are higher than women.

The research comes close on the heels of the untimely demise of Fiorentina captain and Italy international Davide Astori, who died at the age of 31 on March 4, 2018.

Astori was found dead, reportedly of cardiac arrest on Sunday when the players gathered in the dining room for breakfast before the Serie A game against Udinese, which was later suspended.

While heart attacks are different from cardiac arrests, the former increases the risk of the latter by a huge margin. The two distinct heart conditions are interlinked.

According to the research from the University of Milan, Italy young men were more susceptible to the "weekend effect", with a 15 percent increased risk of death compared to 11 percent for women.

This may be because patients admitted at weekends may have to wait longer for reperfusion therapy to open occluded arteries and restore blood flow, the researchers said.

"The delay in reperfusion during weekends may be more important in younger patients," added lead author Giovanni Malanchini, from the varsity.

"This is usually their first acute coronary syndrome and they are not receiving aspirin, drugs to lower cholesterol (statins), or drugs to lower blood pressure (angiotensin-converting enzyme inhibitors and beta-blockers). This could make them more vulnerable," Malanchini added.

Further, the risk of dying during a weekend admission got progressively greater as age declined.

Patients under 45 had a more than two-fold risk of dying at the weekend, while the excess risk in the over-75s was just five percent.

"This is a new finding, that younger heart attack patients are particularly vulnerable to the excess mortality linked to weekend admissions," said Federico Lombardi, Professor at the university.

The study, presented at the annual congress of the Acute Cardiovascular Care 2018 in Milan, included 80,391 patients with an acute coronary syndrome admitted to hospital.

The results showed a 13 percent higher risk of death in those admitted at weekends compared to weekdays.

This country has been ordered to 'go on a diet'