The league will feature nine national teams in the men's and women's competitions, playing each other home and away over a six-month period followed by semi-finals and a final. 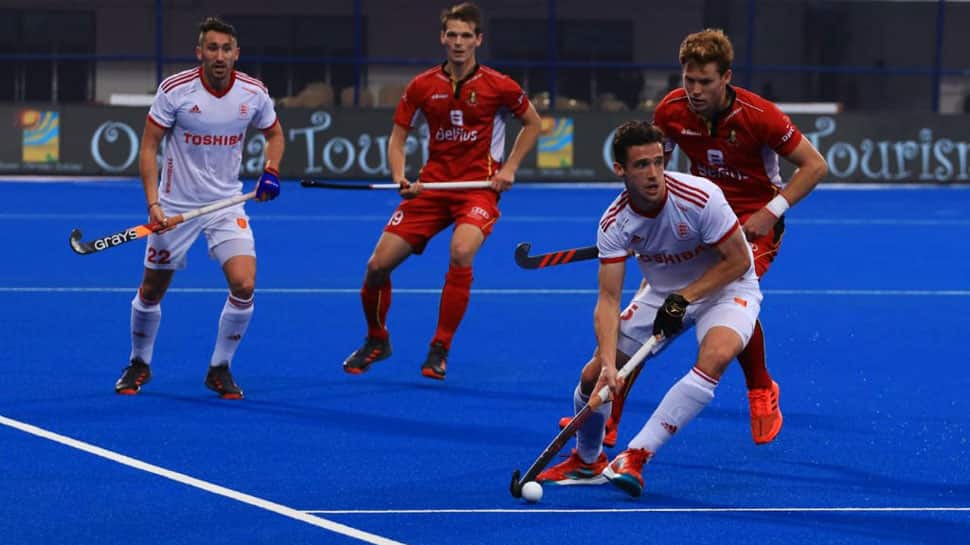 Hockey hopes to begin a new era on Saturday when Spain and Belgium kick off its ambitious annual Pro League, a new competition which aims to transform the sport and reduce its dependence on the Olympic Games for exposure.

The league will feature nine national teams in the men's and women's competitions, playing each other home and away over a six-month period followed by semi-finals and a final.

It is a bold move for an amateur sport but Thierry Weil, the International Hockey Federation (FIH) chief executive, told Reuters in an interview that it would offer top-level international hockey outside the World Cup and Olympic years.

"There was a little bit of a wake-up call from the IOC in 2014 in relation to hockey, based on attendances and figures during the Olympic games," said the Frenchman, who worked as marketing director at global soccer body FIFA for nine years."

"From then onwards, the FIH has been developing this hockey revolution."

Argentina, Australia, Belgium, Germany, Britain, the Netherlands and New Zealand will play in the men's and women's leagues with Pakistan and Spain completing the lineup in the men's and China and the U.S. in the women's.

India, eight-times men's Olympic champions, are not taking part, having pulled out 18 months ago as the federation did not believe it would benefit the women`s team and did not want only the men`s team to take part.

"We must continue to be a role model and a good federation within the Olympic movement," he added.

"But we also need to do other things which allow us to generate revenue on our own, not being 100 percent dependent on the Olympic movement."

The teams in each league were selected via an application process and there is no relegation -- something which in soccer would lead to criticism of a closed shop.

But, Weil said it was necessary to ensure participants had the resources to take part so the competition was sustainable.

"You can generate revenues at your home games with ticketing and sponsorship locally but you also need to fly to the other games which is costly," he said.

Weil is promoting the idea of relegation internally and the home-and-away format meant "we will have loud and good games with good crowds," he added.

The FIH said it would ensure that all Pro League matches would be broadcast live, either on free-to-air channels in `home` nations or via its own OTT (over-the-top) platform FIH.live, launched in January and which is free to all fans.

Field hockey has a long tradition, having been included in the first modern Olympics in 1908, and is widely played, with the FIH boasting of 137 national associations.

It is, however, not generally considered a mainstream sport although it seems unfair to describe it as a minority sport. Even Weil does not know how many people play the sport.

"The first mission we have is to find out how big the sport is; it`s a strange comment from the CEO of a federation (but) currently we get surprises every day on how many players there are in the world," he said.

For example there are about 76 college teams in the United States, even though the national federation is relatively small.

"There are hockey fields all over the place in the U.S., in college, and you ask yourself why do you not take advantage of that? There must be people loving hockey a lot in the US."

One of Weil`s main tasks is to find the right sponsors -- those who cannot afford to go into soccer but want exposure.

"Hockey has quite a premium fan base. They are fans who can spend quite a bit of money but we need to find the brands who are looking to sponsor and we need to deliver properly to those companies," he said.

After working with the world`s biggest game at FIFA, Weil now finds himself on the other side of the fence in a sport which has to fight hard to attract sponsorship and fans.

"It`s more down-to-earth, its more realistic," he said, adding that he wanted to learn how smaller federations coped.

"I always admired the small federations for... how they get events organised and get teams to locations. At FIFA, every team coming (to a tournament) is paid for, hotels are booked, reserved, you have all the staff and agencies. The approach here is different; hockey is based on a huge number of people doing it on a voluntary basis."

One thing that struck him was the sense of fair play.

"Given the speed of the game, a player has no time to complain. If a player stays on the ground and pretends to be injured, they penalise their own team," he said.