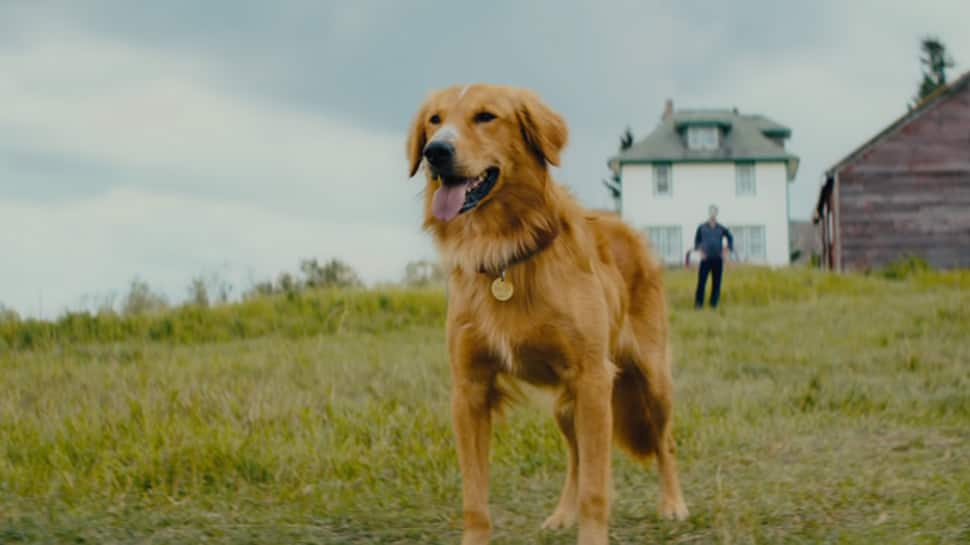 What happens when an elastic band gets stretched? It snaps, right? That's exactly what happens while watching "A Dog's Journey", a sequel to the 2017 released "A Dog's Purpose". The theme of a dog returning, again and again, in different bodies to love and serve his human master, was established in the prequel, but stretched in this edition.

Based on the 2012 novel of the same name by American humorist W. Bruce Cameron, this film may appear as hackneyed and cliched. Nevertheless, for a dog lover, this would be an emotionally engaging fare.

The film takes off from where it left in the first edition. Bailey is a a good dog. After searching for his purpose through several eventful lives, he is now happily living with Ethan his first owner, a farmer who is now an ageing grandfather.

It's after Ethan tells Bailey to keep an eye on his granddaughter CJ, and as he watches the curious baby CJ being whisked off by Gloria, her emotionally wrought mother, that he understands that it is his destiny: To protect the little one.

So, in order to take care of her, after he is reborn many times over, how he gets himself adopted by CJ, who is now grown from a lonely child to a troubled teenager, forms the crux of the tale. It is a charming and heart-warming story of hope, love and unending devotion.

The narrative throws questions like, 'Do we really take care of our pets, or do they take care of us?' More than just another endearing man-and-his-pet story, "A Dog's Journey" is the moving journey of unwavering loyalty and a love that crosses all barriers.

In this pleasant cinematic universe, there isn't anything that the dog cannot put right, from grief and trauma to potentially fatal illness to getting the lovers together. The issue here is, haven't we seen all this before?

Nevertheless, the appeal here is in the telling and the characters. Josh Gad lends his voice to Bailey, a Great Pyrenees Bernese Mountain Dog, whose real name is Buddy and his incarnations; Molly the beagle Spaniel Mix, Big Dog, an English mastiff, and Max a Yorkshire terrier.

Through it all, with his one-liners like, discovering "missing" body parts when he comes back as Molly or urging CJ and her true lover to "lick faces", just as he encouraged Ethan and his true love Hannah, Josh manages to convey the continuity of the same personality.

Kathryn Prescott as CJ and Henry Lau as her bestie Trent, are sincere and adorable, but this is not their story and hence one does invest in them emotionally.

Dennis Quaid as the ageing Ethan and Marg Helgenberger as his wife Hannah are cute, charming and effortless. Betty Gilpin, in a sketchy role, offers a perfunctory performance as Gloria.

Overall, with moderate production values, the appropriately mounted film takes you on an emotional ride that appears bland and ineffective.