Bella Thorne to turn director for an upcoming thriller

While further details into the film's plot are being kept under wraps, Thorne is also planning to take up a supporting role, learned Deadline. 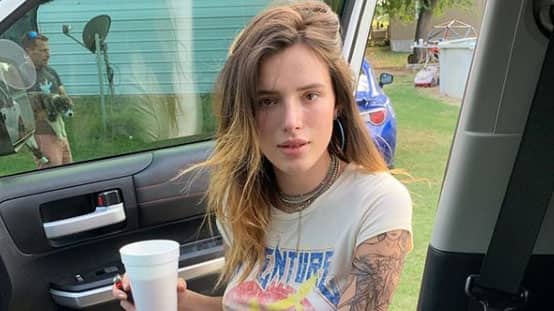 Washington: Actor Bella Thorne is soon to step into director shoes to helm a thriller written by Zander Cote.

While further details into the film's plot are being kept under wraps, Thorne is also planning to take up a supporting role, learned Deadline.

It is scheduled to go on floors this coming summer. Thorne's debut feature will be bankrolled by Eric B. Fleischman's Defiant Studios, David Bernon of Burn Later Productions, and Maurice Fadida of Kodiak Pictures.

"We are thrilled to partner with Bella on her feature directing debut. She's about to leave an indelible mark on the genre, and we can't wait for audiences to discover her bold vision," said Bernon.

The 22-year old has been under the limelight since the age of six. Also a best-selling author, director, philanthropist musician and entrepreneur, Thorne boldly declared herself pansexual earlier in July."I'm actually pansexual and I didn't know that.

Somebody explained to me really thoroughly what that is," she said during an interview with ABC News Good Morning America.

Some of her work credits include Netflix's 'The 'Babysitter' franchise, 'Blended', 'Stuck on You', 'The DUFF', 'Midnight Sun' and the Sundance AGBO Studios feature 'Assassination Nation'.

Moreover, the actor has also appeared in TV shows like Disney's 'Shake It Up', HBO's 'Big Love', ABC's 'Dirty Sexy Money' and Freeform's 'Famous in Love'.