Fuming over Telangana Rashtra Samithi (TRS) MLA Arekapudi Gandhi's statement that those living in Hyderabad for long would not be sent back even if they had come from Pakistan, the Bharatiya Janata Party (BJP) on Thursday (February 28, 2020) stated that it has lodged a complaint with police in this connection. 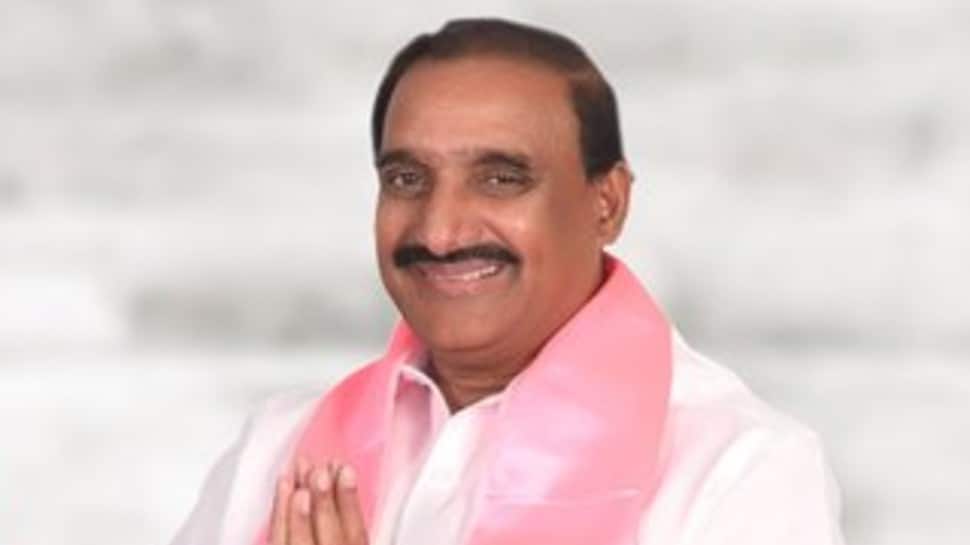 Hyderabad: Fuming over Telangana Rashtra Samithi (TRS) MLA Arekapudi Gandhi's statement that those living in Hyderabad for long would not be sent back even if they had come from Pakistan, the Bharatiya Janata Party (BJP) on Thursday (February 28, 2020) stated that it has lodged a complaint with police in this connection.

Arekapudi Gandhi, the TRS MLA from Serilingampally in Hyderabad, however, clarified that he had sought to reassure those who have been living here for long and "not those who came recently" to India (from other countries) or those who are against the country. Gandhi said his statement made at a meeting, were taken out of context and some have created an issue "intentionally."

The saffron party also objected to the MLA's comments that his party would offer protection to Muslims whether they had come from Pakistan or other states in the country and living in the state since long. In the video clip aired by TV channels, Gandhi is purportedly seen saying that "Chandrasekhar Rao ji (Telangana chief minister) had openly said.

"If necessary, will organise a public meeting, not only the meeting but pass a resolution in the assembly against CAA and send it to Centre. All of you know.. If you don't have address, you came from Pakistan, Rajasthan, Maharashtra or Karnataka, somebody sending you (back) would not happen as long as we are alive," the video shows him as saying.

He alleged in his speech that BJP activists, who visited some localities in the city, were behaving like "agents" of CAA, claiming that the amended citizenship law was good and wont affect people. It is the corporator, MLA and ministers who can take up people's work and not the BJP men, he said.

Gandhi, who was addressing a group of Muslims, also said they need not fear and that he and his colleagues would come with police force to help them.

Condemning the MLA's statement, BJP spokesperson NV Subhash said in a statement that it was "unfortunate" that an elected representative had made such remarks.

It is a matter of shame on part of the TRS MLA, "who provoked Muslims by asking them to chase away BJP workers or any others who visit their houses to collect data," Subhash claimed. "How can an elected MLA speak against the Constitution and the CAA?" he asked.

The Telangana people would teach a lesson to TRS for its appeasement policy towards Muslims, he claimed. The BJP lodged a complaint against Gandhi for his "provocative speech," the BJP spokesperson said.

When contacted, Gandhi said he was addressing a group of Muslims who came to meet him. The Muslim residents felt that an ongoing state government survey on literacy was one related to the CAA and they had apprehensions about it, he said.

The group was told by him that the survey was related to literacy and it was not government's intention to send them back, he told PTI.