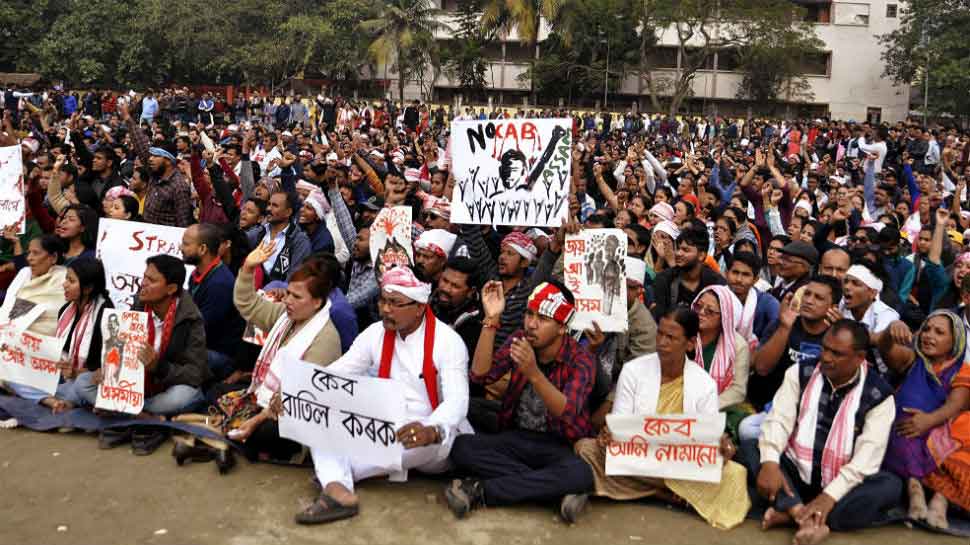 New Delhi: About 62 per cent of the citizens of the country are in favour of the Citizenship Amendment Act, while about 68 per cent citizens in Assam are against the Act, according to a IANS-CVoter snap poll released on Saturday.

The snap poll was carried out on over 3,000 citizens across the country between December 17 to 19 with booster sample of over 500 people each in Assam, the northeast and Muslim community collected during the same period.

In the northeastern states, where there has been massive protests over the act in the last one week, the report highlighted that 50.6 per cent people favoured the act while 47.4 per cent opposed it.

The survey pointed out that in Assam, 68.1 per cent people were against the CAA, while 31 per cent were in favour of the act.

The report also revealed that among Muslims, 63.5 per cent were against the act, 35.5 supported it and 0.9 per cent said that they they don`t know or cannot comment. In the Hindus, 66.7 per cent supported the Act and 32.3 per cent opposed it.

Similarly, among other religions, about 62.7 per cent people voted in favour of the CAA and 36 per cent against it.

However, to another question if they think that under the guise of CAA, people can also settle in the country and then become a threat to society and security, 64.4 per cent across the country responded with yes while 32.6 per cent people said no.

In northeastern states, about 59.8 per cent of the people agreed with this apprehension while 35.7 people differed. Meanwhile, in Assam, 73.4 per cent voted that they believe foreigners settling in India could become a trouble for society and security while 21.8 per cent differed with them.

In Assam, as much as 53.5 per cent people remained in favour of stand taken by the opposition parties while only 33.7 per cent favoured the stand of the government.

Hindus and Muslims remained divided on supporting the government stand on CAA as 67 per cent Hindus voted in favour of the government while 71.5 per cent Muslims supported the stand taken by the opposition parties over the Act.