At least 12,000 BJP members were gathered at the Ramlila Maidan as the party sought to prepare the workers for the battle of the 2019 Lok Sabha polls. 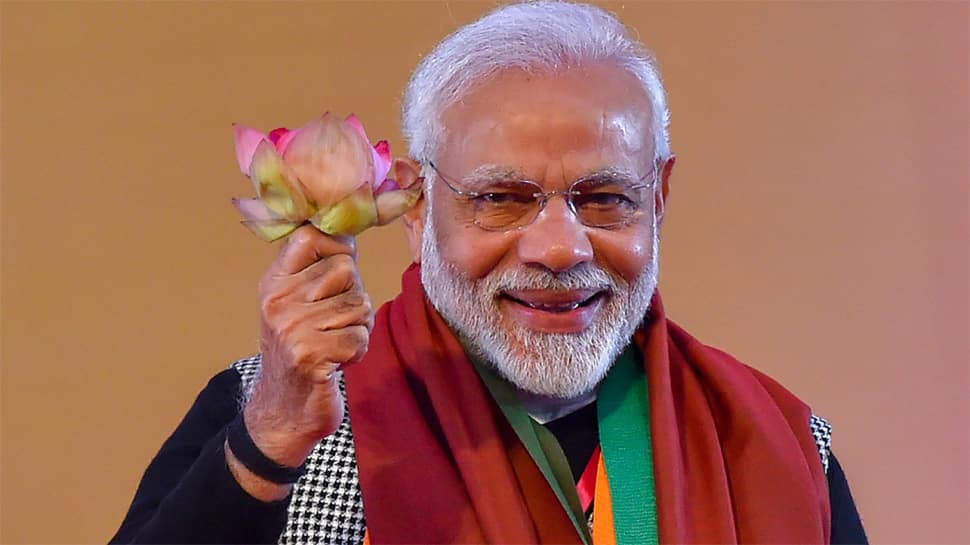 NEW DELHI: Prime Minister Narendra Modi will be addressing Bharatiya Janata Party (BJP) cadres on the second day of the party's National Convention in Delhi on Saturday. The PM will conclude the two-day event which began on Friday with his valedictory address.

Centered around the theme -- 'Abki Bar Phir Modi Sarkar' --  the first day of the event was marked by chants of Vande Mataram and Bharat Mata Ki Jai. At least 12,000 BJP members were gathered at the Ramlila Maidan as the party sought to prepare the workers for the battle of the 2019 Lok Sabha polls.

Delegates to the two-day meet which began on Friday also saw hoardings related to the government`s pro-poor schemes and the just-passed quota bill that provides reservation to economically backward upper castes and the enhancing of the minimum support price to farmers.

He asserted that the party is making all efforts to ensure that the matter is resolved in the Supreme Court as soon as possible. Shah's statement on the party's stand on Ram temple drew the most enthusiastic response from thousands of its members, underscoring its resonance with the saffron party's rank and file.

On behalf of the National Council members and the party workers, Shah thanked the Prime Minister for the 10 per cent reservation for upper caste poor and relief in Goods and Services Tax (GST) rates, and extended a special welcome to him.