The news of Anil Dave's demise was broken by Prime Minister Narendra Modi in a tweet. 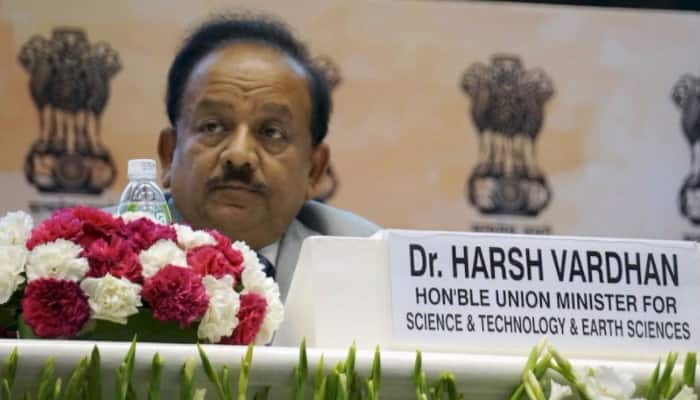 New Delhi: Union Minister for Science and Technology Dr Harsh Vardhan was, Thursday, given an additional charge of the Environment Ministry after the death of Anil Dave.

"The President of India, as advised by the Prime Minister, has directed that Dr Harsh Vardhan, Cabinet Minister shall be assigned the charge of the Ministry of Environment, Forest and Climate Change, in addition to his existing portfolios," the President`s Office said in a statement.

The two-time Rajya Sabha member from Madhya Pradesh complained of uneasiness at his home this morning and was rushed to AIIMS at around 8:45 am, where he passed away, according to official sources.

The news of the demise of Dave, a bachelor, was broken by Prime Minister Narendra Modi in a tweet, who said he was with the minister until late last evening, discussing policy issues.

The body of Dave, a long-time RSS member best known for crafting the BJP strategy to unseat Congress stalwart Digvijay Singh as Madhya Pradesh chief minister in 2003, was taken to his residence at Safdarjung road. After a few hours, it will be flown to Indore where the minister's brother lives.