Actor Deep Sidhu has stated that the national flag was not removed from the flagpole at the Red Fort and that nobody raised a question over the country's unity and integrity. Reacting to allegations that he instigated the farmers to march towards the Red Fort, the actor sought to defend his action, saying he and his supports did not remove the national flag. Sidhu said that he had put up the 'Nishan Sahib' as a symbolic protest at the Red Fort. 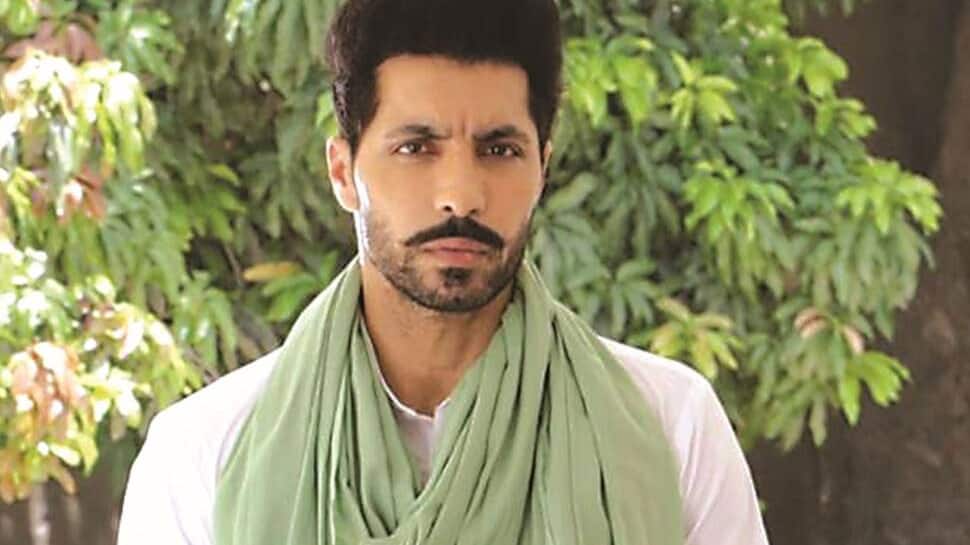 NEW DELHI: Amid a massive outrage over protesters swarming the Red Fort and hoisting a religious flag during the farmers’ tractor rally on Republic Day, Punjabi actor Deep Sidhu has reportedly admitted that he was present during the incident.

Reacting to allegations that he instigated the farmers to march towards the Red Fort, the actor sought to defend his action, saying he and his supports did not remove the national flag. Sidhu said that he had put up the 'Nishan Sahib' as a symbolic protest at the Red Fort. The 'Nishan Sahib' flag, a symbol of Sikh religion, is seen at all Gurdwara complexes.

In a video posted on Facebook on Tuesday evening, Sidhu claimed it was not a planned move and that they should not be given any communal colour or dubbed as fundamentalists or hardliners. “To symbolically register our protest against the new farm legislation, we put up 'Nishan Sahib' and a farmer flag and also raised the slogan of Kisan Mazdoor Ekta,” said Sidhu.

The flag represents the country's ‘unity in diversity’, he said while pointing towards 'Nishan Sahib', the triangular saffron flag with the emblem of 'Khanda', a two-edged sword, Chakra, a disc, and two Kirpans that cross each other at the handles.

He stated that the national flag was not removed from the flagpole at the Red Fort and that nobody raised a question over the country's unity and integrity. Chief of the Haryana unit of the Bharatiya Kisan Union (BKU), Gurnam Singh Chaduni has accused the Punjabi singer and actor of inciting and misguiding protesters.  "He (Deep Sidhu) led them to the Red Fort. Farmers never wanted to go to Red Fort," BKU leader Gurnam Singh Chaduni said.

Leaders across the political spectrum also condemned the violence and the Red Fort incident, with the Congress' Shashi Tharoor saying he supported the farmers' protests from the start but cannot condone "lawlessness".

"Most unfortunate. I have supported the farmers' protests from the start but I cannot condone lawlessness. And on #RepublicDay no flag but the sacred tiranga should fly aloft the Red Fort," the former union minister said on Twitter, tagging a tweet that carried a video of the incident.

Sidhu, who has been associated with the farmers' agitation for the last many months, said "anger flares up" in a mass movement like this when the genuine rights of people are ignored. “In today's situation, that anger flared up,” he said.

Sidhu was an aide of actor Sunny Deol when the latter contested from Gurdaspur seat in Punjab during 2019 Lok Sabha elections. Deol, now a BJP MP, had distanced himself from Sidhu in December last year after he joined the farmers' agitation.

Swaraj Abhyan leader Yogendra Yadav, who is among the leaders spearheading the agitation against the farm laws, said Sidhu had been disassociated "from our protest right from the beginning".

"When he participated in a protest at Shambu border and seeing their activities, the farmer unions had decided to keep them away from our movement," he said.
The Samkyukt Kisan Morcha, an umbrella body of 41 farmer unions that is leading the protest against the three central farm laws, also disassociated itself from those who indulged in violence during the tractor parade and alleged that some "antisocial elements" infiltrated their otherwise peaceful movement.

Sidhu, however, said that Tuesday's incident should not be seen in isolation as they have been holding their protest for the last six to seven months. “And it (today's incident) was a continuation of that,” he said. Sidhu said the protesters did not go to Delhi to hurt anyone or damage public property, nor they had any weapon.

“We held a peaceful protest without destroying anything or causing any damage to the public property, we exercised our democratic right peacefully,” he claimed, adding, “If we think one person or a personality could do such a big mobilisation of people, then it will be wrong.’’

Sidhu was summoned by the National Investigation Agency (NIA) last week in connection with the Sikhs For Justice (SFJ) case. Wielding sticks and clubs and holding the tricolour and union flags, tens of thousands of farmers atop tractors broke barriers, clashed with police and entered the city from various points to lay siege to the Red Fort.

Over 80 police personnel have been injured in the violence. Farmers, mostly from Punjab, Haryana and western Uttar Pradesh, have been camping at several Delhi border points, including Tikri, Singhu and Ghazipur, since November 28, demanding a complete repeal of three farm laws and a legal guarantee on minimum support price for their crops.