In the wake of violence in the national capital following the farmers' tractor rally, the Narendra Modi government at the Centre has decided to deploy additional paramilitary troops in Delhi to restore peace and maintain law and order. The decision to deploy additional paramilitary personnel was taken at a high-level meeting chaired by Union Home Minister Amit Shah late on Tuesday and attended by Union Home Secretary Ajay Bhalla, Delhi Police Commissioner SN Shrivastava among others. 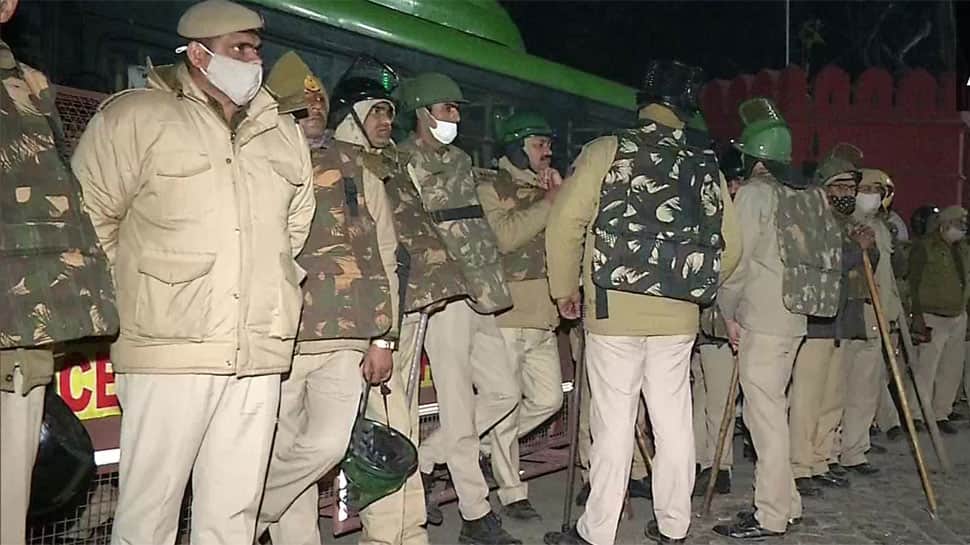 New Delhi: In the wake of violence in the national capital following the farmers' tractor rally, the Narendra Modi government at the Centre has decided to deploy additional paramilitary troops in Delhi to restore peace and maintain law and order.

Shah is also understood to have directed the Delhi Police to identify and take action against those involved in the violence. Additional paramilitary troops will be brought in for deployment in sensitive places in Delhi, a senior Home Ministry official said.

'83 Police personnel were injured after being attacked by agitating farmers yesterday,' as per Delhi Police. pic.twitter.com/AvK7DVtsEY

The exact number of additional troops was not known immediately, but officials suggested that it could be around 1,500 to 2,000 personnel (about 15 to 20 companies). Around 4,500 paramilitary personnel were already deployed for law and order duties ahead of Republic Day.

Earlier in the day, the Home Ministry decided to temporarily suspend the internet in parts of Delhi like Singhu, Ghazipur, Tikri, Mukarba Chowk and Nangloi and their adjoining areas for 12 hours from Tuesday noon.

"In exercise of the powers conferred by section 7 of the Indian Telegraph Act 1855 and in the interest of maintaining public safety and averting public emergency, it is necessary and expedient to order the temporary suspension of internet services in the areas ... In Delhi from 12:00 hours to 23:59 hours on January 26," an order issued by the MHA said.

Rapid Action Force personnel have also been repositioned in the national capital and vigil has been intensified in view of the evolving situation. Earlier, the Union Home Secretary briefed the Home Minister about the situation in Delhi, the official said.

The Home Minister reviewed the situation after hundreds of protesting farmers on tractors barrelled through police barricades to enter central Delhi areas, including Red Fort and ITO. The Home Secretary and Delhi Police chief also apprised Shah about the steps being taken by the police to maintain peace, another official said.

A few other officials were also present at the meeting. Wielding sticks and clubs and holding the tricolour and union flags, tens of thousands of farmers atop tractors broke barriers, clashed with police and entered the city from various points to lay siege to the Red Fort where they hoisted a religious flag.

Farmers, mostly from Punjab, Haryana and western Uttar Pradesh, have been camping at several Delhi border points, including Tikri, Singhu and Ghazipur, since November 28, demanding a complete repeal of three farm laws and a legal guarantee on minimum support price for their crops.