After poll drubbing in UP, Priyanka Gandhi Vadra to hold review meet in Prayagraj

All the 40 Congress candidates, who were fielded from different constituencies in eastern Uttar Pradesh, have been asked to attend the meeting. 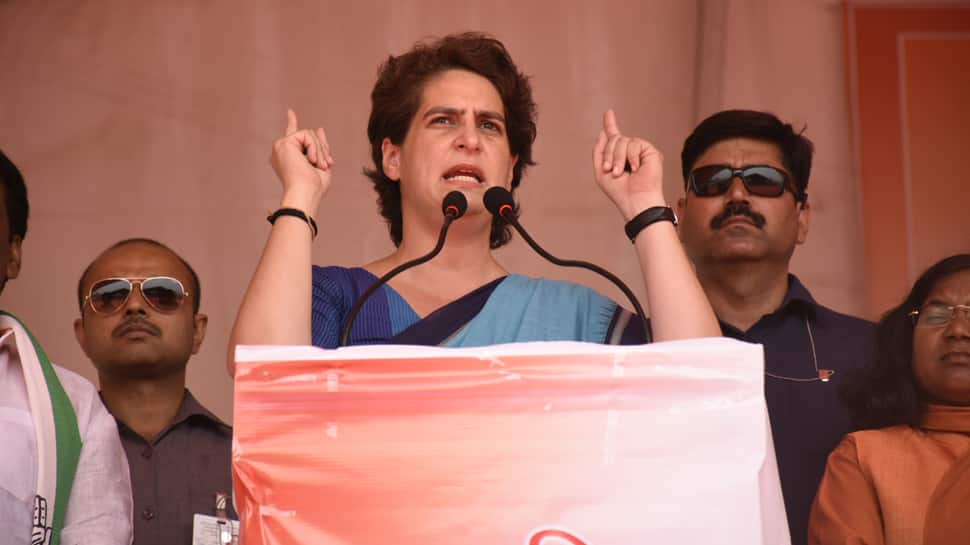 Congress general secretary Priyanka Gandhi Vadra is slated to visit Prayagraj on June 7, Friday, to take stock of the factors that led to the drubbing of the grand old party in the recently concluded Lok Sabha election 2019. Priyanka is expected to hold a meeting of Congress leaders to analyse reasons for the loss.

It is believed that several office bearers of the Congress acted in manners that were detrimental for the party. There are also reports of protests against candidates fielded by the Congress party. A list of such rebels has been sought by the leadership before the meeting.

Meanwhile, Priyanka's brother and Congress president Rahul Gandhi is scheduled to visit Wayanad, the constituency he won in Kerala, between June 7 and June 9. Sources said that the Congress chief would meet people in Wayanad in a bid to know about their dreams and aspirations.

In January 2019, Priyanka Gandhi Vadra made her formal political debut as she was appointed general secretary in-charge of the Congress party in eastern Uttar Pradesh.

She held several roadshows in different parts of Uttar Pradesh and also outside the state during the campaign for the 2019 Lok Sabha election. It was widely believed that her former entry in politics would better prospects of the Congress party, especially in Uttar Pradesh.

However, the Congress party managed to win just one seat – Sonia Gandhi in Rae Bareli – in Uttar Pradesh during the Lok Sabha election. The grand old party could not even save its bastion in Amethi as Congress president Rahul Gandhi was defeated by Bharatiya Janata Party (BJP) leader and Union minister Smriti Irani.

In the run up to the election, there were speculations over the Congress fielding Priyanka Gandhi Vadra against Prime Minister Narendra Modi from Varanasi seat. However, the party leadership decided against the same and instead, fielded Ajay Rai against the BJP strongman.

Post of deputy speaker is not our demand, it's our right: Shiv Sena's Sanjay Raut