40 CRPF personnel were killed when their convoy was targeted by a JeM suicide bomber in J&K's Pulwama district on February 14, 2019. 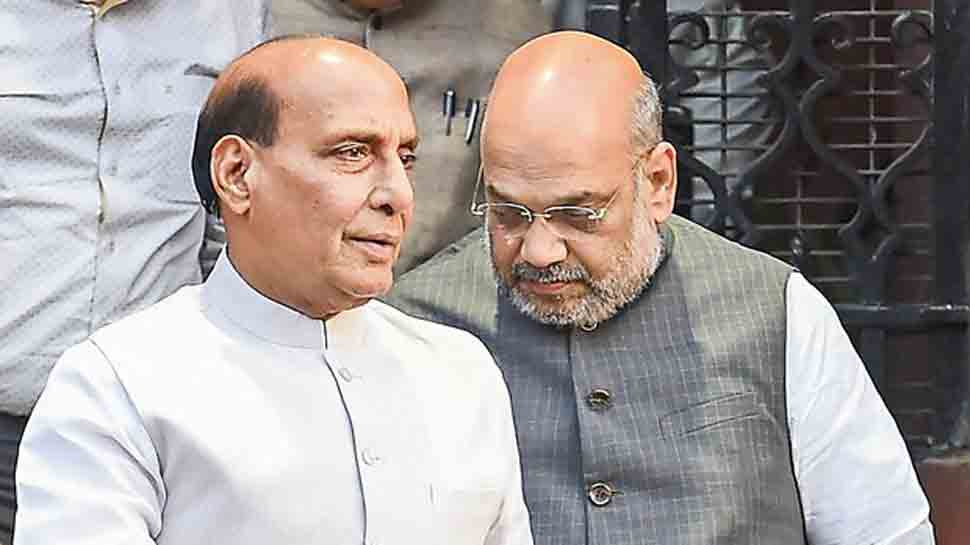 "I pay homage to the martyrs of Pulwama attack. India will forever be grateful of our bravehearts and their families who made supreme sacrifice for the sovereignty and integrity of our motherland," tweeted Amit Shah.

"Remembering the fallen CRPF personnel who were martyred during the dastardly attack in Pulwama (Jammu and Kashmir) on this day in 2019. India will never forget their sacrifice," Rajnath tweeted. He said that the entire country stands united against terrorism and "everyone is committed to continue fight against this menace".

On February 14, 2019, at least 40 CRPF jawans were killed after the convoy of 78 buses, in which around 2,500 personnel were travelling from Jammu to Srinagar, came under attack.

A memorial to the 40 CRPF personnel killed in the Pulwama terror attack in February last year will be inaugurated at the Lethpora camp on Friday, a top official said. The memorial has been set up inside a CRPF camp adjacent to the place where Jaish-e-Mohammed terrorist Adeel Ahmed Dar, driving an explosive-laden car, blew himself next to a convoy of security forces killing the 40 personnel.

"It is a way to pay homage to the brave jawans who lost their lives in the attack," Additional Director General of CRPF Zulfiquar Hasan said after a visit to the site where the memorial has been erected.

The names of all the 40 personnel along with their pictures will be part of the memorial along with the moto of the Central Reserve Police Force (CRPF) -- 'Seva and Nishtha' (Service and Loyalty). "It definitely was an unfortunate incident and we have learnt our lessons now. We were always extra alert during our movement but now an extra layer of alertness has been added to it," Hasan said.

Almost all the conspirators behind the dastardly attack have since been killed with the last one being Qari Yasir, the self-styled chief of Jaish-e-Mohammad terror group, who was killed last month.