Andaman and Nicobar Islands all set for massive makeover

The key sectors identified for the development of Andaman and Nicobar Islands include infrastructure, tourism, green energy and skill development. 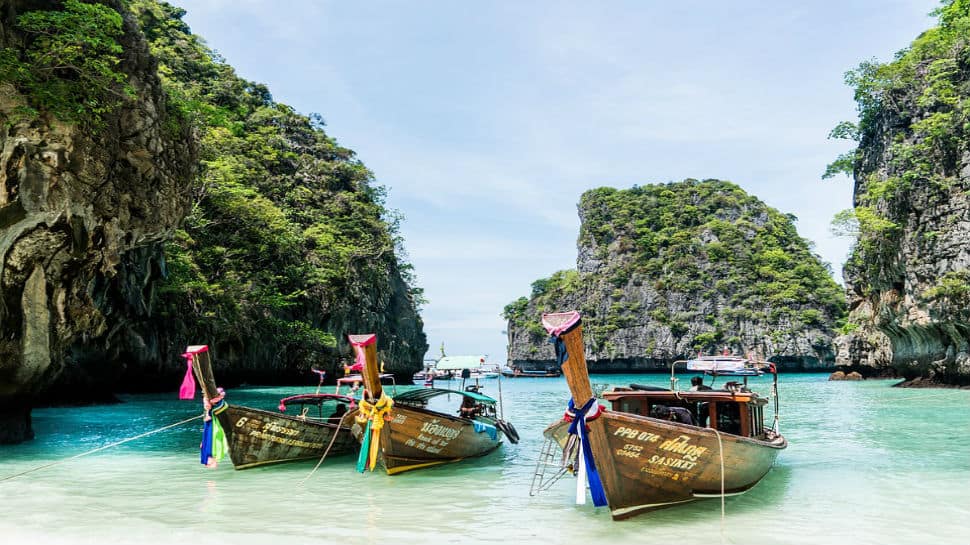 The Centre has decided to improve infrastructure and connectivity in Andaman and Nicobar Islands.

The development projects are aimed at augmenting the physical infrastructure in terms of road, air and sea connectivity, improving electricity generation and mobile and internet connectivity as well as economic development through tourism promotion.

The key sectors identified for the development of Andaman and Nicobar Islands include infrastructure, tourism, green energy and skill development.

Five islands here have been identified for the HDI project and another 12 islands will be added later. Improvement of connectivity has been given the top priority, to promote tourism.

With civil works completed at Diglipur Airport on the northern tip of Andaman, air operations by Andaman Airways are set to commence from June. Port Blair has been declared as an authorized immigration check post for entry to/exit from India with valid travel documents for all classes of passengers.

Bidding has been opened for seaplane operations at four locations in Andamans (Swaraj Dweep, Shaheed Dweep, Hut Bay and Long Island) under the UDAAN Regional Connectivity Scheme (RCS) of the Ministry of Civil Aviation.

The lifeline of the Andamans - the Andaman Trunk Road (ATR) is all set to receive an upgrade following the grant of Coastal Regulation Zone (CRZ) clearance in December of 2018 for the Middle Strait Bridge. 'In principle' approval has also been obtained for Chatham-Bambooflat bridge in Port Blair in fulfilment of a long-standing demand of the island residents.

Four tourism-based projects have been developed as 'ready to launch' projects under the Public Private Partnership (PPP) model. Also paving the way for 'Ease of Tourism', 30 islands have been exempted from the Restricted Area Permit (RAP) regime. A requirement of mandatory registration of foreigners arriving in the island within 24 hours of their entry has also been done away with.

As the islands are environmentally very sensitive, maximum use of renewable energy has been given a high priority. Two solar energy plants with a total capacity of 45 MW [20 MW by Neyveli Lignite Corporation (NLC) and 25 MW by National Thermal Power Corporation (NTPC)  are under implementation. UT Administration has signed a Power Purchase Agreement (PPA) with the NTPC for a 50 MW LNG-based power plant.

Work has commenced for the laying of a submarine Optical Fibre Cable (OFC) between Chennai and Port Blair and eight other islands. The project is likely to be completed by June of 2020, after which unlimited bandwidth shall be available here.

Congress chief Rahul Gandhi says if voted to power, will give Rs 72,000 per annum to 20% of India's most poor