The internet shutdown is a preventive measure in view of the Friday prayers and possible protests against the Citizenship Amendment Act. 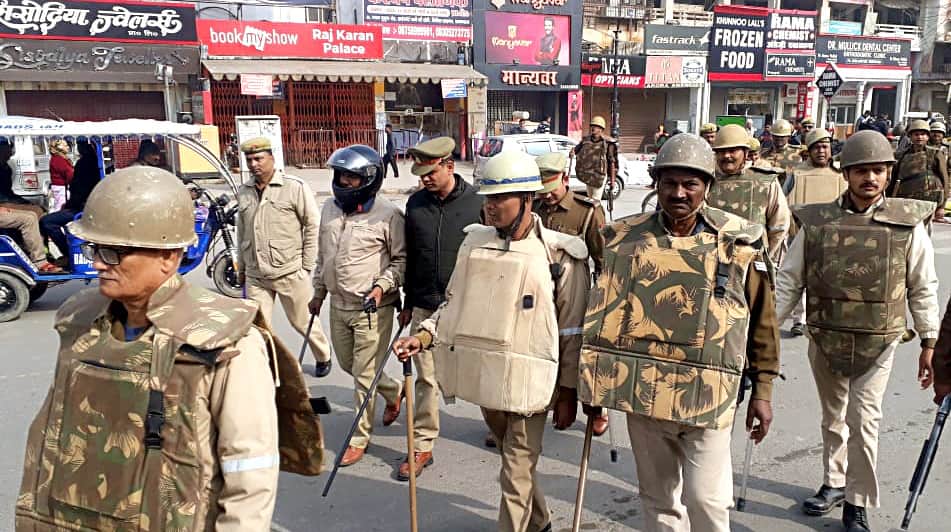 New Delhi: As part of its precautionary measure ahead of the reported masisve protests after the Friday prayers, the Uttar Pradesh and Delhi Police beefed up the security and intensified patrolling to ensure peace.

Confirming the reports, Uttar Pradesh Director General of Police (DGP) OP Singh said, "There is peace in the entire state for almost four days now. The law and order situation is getting better. We are keeping a tap on social media. We have hold communications at Tehsil level. Patrolling is being done everywhere. As a precautionary measure, internet services have been discontinued at 21-22 places. This is being done so as to curb rumours on Citizenship Act."

Meanwhile, the Information & Communication Department of Uttar Pradesh said that 498 people have been identified in connection with the damage caused to public property during recent protests in Lucknow, Meerut, Sambhal, Rampur, Muzaffarnagar, Ferozabad, Kanpur Nagar, Mau and Bulandshahar.

Security tightened at #Seelampur in Delhi, drones being used for security surveillance. pic.twitter.com/fhG6FhBPl1

In Delhi, Section 144 has been imposed in north-east areas of the state. The police have deployed at least 15 companies of security force in the national capital as part of its precautionary measure. "No one should pay attention to rumours. We are monitoring social networking sites as well to check rumours," said Delhi Police PRO MS  Randhawa.

The internet shutdown is a preventive measure in view of the Friday prayers and possible protests against the Citizenship Amendment Act.

Internet black out is aimed to prevent the dissemination of information through social media in event of any trouble.

Till date, a total of 213 FIRs have been registered in the state against demonstrators for protests, sabotage and arson since December 10 while 925 accused have been arrested, as per the data released by the Lucknow DGP Headquarters. 5,558 people have been detained.

The process to confiscate the property of those involved in damaging public assets during the protests gained momentum as 372 people were served notices in different districts. A Home Department spokesperson on Thursday put the death toll at 19 in the violence, which left 288 policemen injured, including 61 who received firearm injury. He said 327 FIRs have been registered and 5,558 preventive arrests made.