Nandhaur Wildlife Sanctuary is situated close to the Nandhaur river in Kumaon region of the state and spread over an area of 269.5 square km. 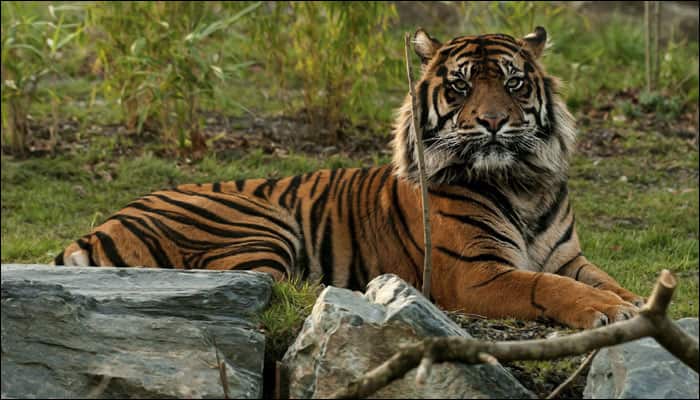 Rishikesh: With the number of tigers steadily on the rise at Nandhaur Wildlife Sanctuary in Uttarakhand, the authorities feel upgrading it to a tiger reserve is necessary for the conservation of tigers at the facility.

"The number of tigers at the sanctuary when it came into being in 2012 was nine which rose to 27 in 2018. The number is set to cross 32 this year," Director of the sanctuary N N Pandey said.

Nandhaur Wildlife Sanctuary is situated close to the Nandhaur river in Kumaon region of the state and spread over an area of 269.5 square km.

The official said the steady rise in tiger population at the sanctuary over the years and the growing trend indicate that the sanctuary with the limited resources at its disposal may not be able to efficiently handle its responsibilities for long.

"Though the Wildlife Institute of India and the Forest Department are working hard with financial help from the Zoological Society of London to maintain the sanctuary as a safe habitat for tigers, the task may get difficult in the long run," Pandey said.

He said the situation becomes rather delicate from the point of view of tiger conservation as the sanctuary at present does not come formally under the ambit of the National Tiger Conservation Authority.

The state government can play a role in its elevation as a tiger reserve so that it gets central government funds and the expertise of national level zoological scientists to conserve the growing population of tigers at the sanctuary, the official said.

Advocating a tiger reserve status for the sanctuary, senior biologist at the Dehradun-based Wildlife Institute of India, Ajaj Spengku, said the density of tiger population at the sanctuary is very healthy and every step should be taken to boost its resources and maintain it as an ideal habitat for tigers.