A team of doctors from AIIMS and other hospitals will also meet Health Minister Dr Harsh Vardhan around 11 AM to demand better conditions and more security for doctors. 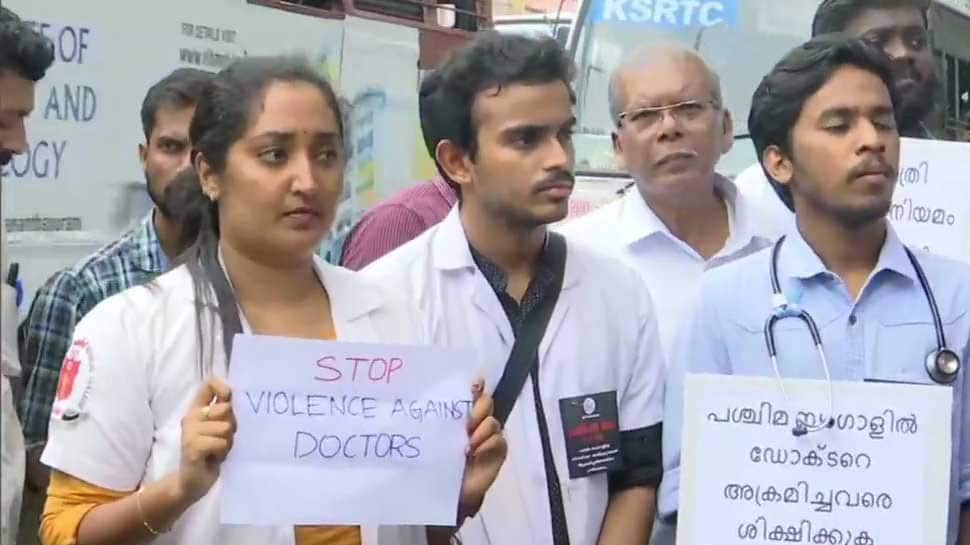 NEW DELHI: Healthcare services at private and government hospitals were badly hit in several states, including Delhi, Maharashtra, Bihar, UP, Rajasthan, Punjab, Kerala and Madhya Pradesh, as thousands of doctors went on strike for a day to express solidarity with their protesting colleagues who were attacked by a mob in Kolkata.

Jaipur: Doctors at Jaipuria hospital carry out their duties wearing black bands as a mark of protest over violence against doctors in West Bengal. pic.twitter.com/1fDLPco7po

A team of doctors from AIIMS and other hospitals will also meet Health Minister Dr Harsh Vardhan around 11 AM to demand better conditions and more security for doctors.

The Bengal doctors have been on a strike since Tuesday after two junior doctors were assaulted at a government-run hospital in Kolkata by the relatives of a patient who died.

The protesting doctors defied West Bengal Chief Minister Mamata Banerjee's ultimatum, saying they won't get back to work until they get better security.

Mamata Banerjee has accused the BJP and the CPM of engineering the strike and playing "Hindu-Muslim politics".

Around 4,500 Maharashtra Association of Resident Doctors (MARD) stopped attending to patients in all the 26 government hospitals in the state simultaneously on Friday.

MARD General Secretary Deepak Mundhe told IANS the doctors will keep off all routine duties between 8 a.m. and 5 p.m. and the hospital administration has been informed to ensure all other services are not hampered or patients inconvenienced.

A large number of doctors gathered outside the KEM Hospital with banners, posters to express solidarity with the doctors who were assaulted in Kolkata on Tuesday following the death of a patient in a state-run hospital.

Nagpur: Doctors with 'Save the Saviour' & 'Stand with NRSMCH' posters at Government Medical College, hold protest over violence against doctors in West Bengal. #Maharashtra pic.twitter.com/0jRGeW5qyF

Senior and junior resident doctors of several government hospitals in the national capital on Friday also went on the one day token strike and boycotted work. Except for emergency services, there will be a full shutdown of all outpatient departments (OPDs), routine operation theatre services and ward visits, the AIIMS association said.

Resident doctors at the All India Institute of Medical Sciences (AIIMS) and Safdarjung hospitals carried bandages on their heads in a symbolic protest and suspended all non-emergency services. Only follow-up patients with a prior appointment were being registered at the OPDs.

Diagnostic services were also functioning in a restricted manner. Several resident doctors also held a protest at the Jantar Mantar against the brutal attack on a Kolkata intern.

Condemning the violence in Bengal, the AIIMS Resident Doctors` Association (RDA) has urged all the RDAs across the country to join the token strike. The Indian Medical Association (IMA) has also asked members of all its state branches to stage protests and wear black badges on Friday.

In the wake of the strike, the AIIMS has instituted contingency measures to take care of the admitted patients, including those in the ICUs and wards.

Junior doctors in West Bengal are on strike since Tuesday demanding better security at the workplace after two of their colleagues were attacked and seriously injured at the NRS Medical College and Hospital in Kolkata allegedly by relatives of a patient who died at the hospital. 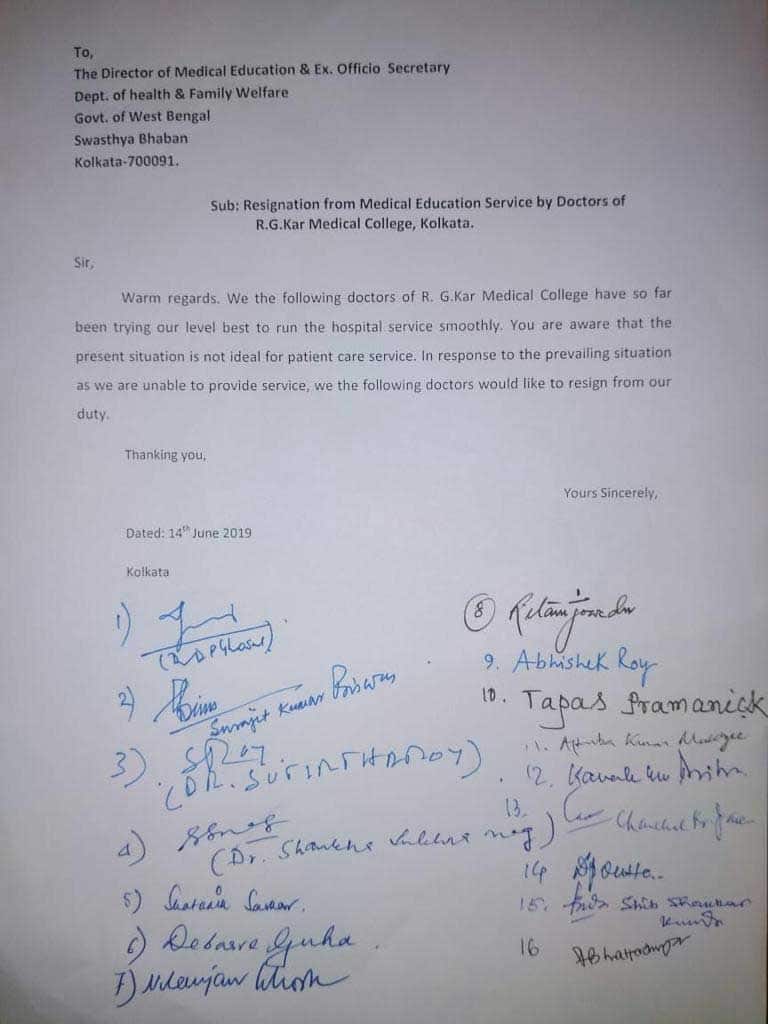 Meanwhile, the mass resignation of doctors is expected on Friday over the Kolkata hospital incident.