The bandh will be held from 6 AM to 4 PM during which all government and private offices, educational and other institutions, shops, industries and commercial establishments as well as public events and functions will be closed throughout the country. 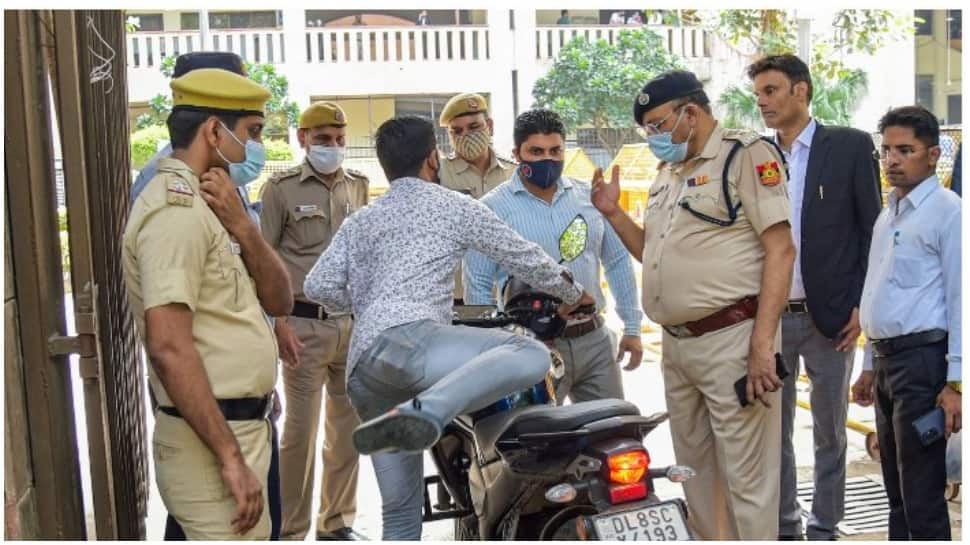 New Delhi, Sep 25 (PTI) The Delhi Police on Saturday said adequate security arrangements will be made across the borders of the national capital in view of the 'Bharat Bandh' called by the Samyukta Kisan Morcha on September 27 to protest the Centre's three contentious farm laws.

Samyukt Kisan Morcha, the umbrella body of over 40 farm unions spearheading the farmers' agitation, had on Thursday (September 23) appealed to the people to join the bandh.

A senior police officer said in view of bandh, adequate security arrangements will be made to maintain the law and order situation in the national capital on Monday (September 27).

No protestor will be allowed to enter Delhi from the three protest sites at the city's borders, the official said.

"The security will be preventive and we are fully alert. There is no call for 'Bharat Bandh' in Delhi, but we are watching the developments and adequate number of personnel will be on ground," another officer said.

SKM had also asked political parties to "stand with farmers in their quest to defend principles of democracy and federalism".

"As this historic struggle completes ten months, SKM has called Monday (September 27) to be observed as 'Bharat Bandh' against the anti-farmer Modi government."

"The SKM appeals to every Indian to join this nationwide movement and make the 'Bharat Bandh' a resounding success. In particular, we appeal to all organisations of workers, traders, transporters, businessmen, students, youth and women and all social movements to extend solidarity with the farmers that day," the SKM had recently said in a statement.

The bandh will be held from 6 AM to 4 PM during which all government and private offices, educational and other institutions, shops, industries and commercial establishments as well as public events and functions will be closed throughout the country, it had said.

All emergency establishments and essential services, including hospitals, medical stores, relief and rescue work and people attending to personal emergencies will be exempted.

Farmers from different parts of the country, especially Punjab, Haryana and western Uttar Pradesh, have been protesting at Delhi borders since November last year, demanding the repeal of the three contentious farm laws that they fear would do away with the Minimum Support Price system, leaving them at the mercy of big corporations.

The government, however, has been projecting the three laws as major agricultural reforms. Over 10 rounds of talks between the two parties have failed to break the deadlock.