It may be noted that several organisations representing farmers have called for the nationwide 'chakka jam' on February 6 to protest against the three recently enacted agriculture laws. While bandhs and the farmers’ ongoing protest against the farm laws have received massive support from across the country, the BKS has stated that it will not be joining the forthcoming shutdown. 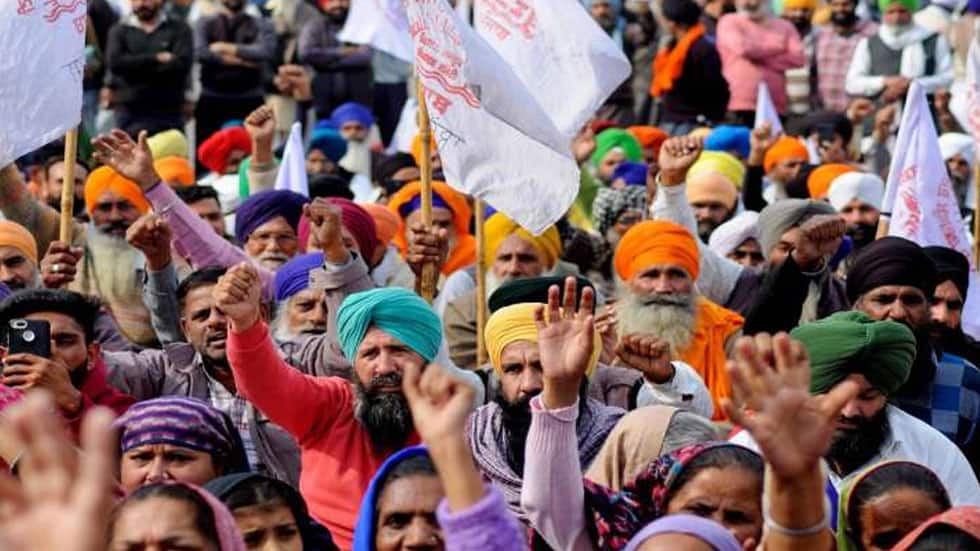 NEW DELHI: Bharatiya Kisan Sangh (BKS) has said that it will not support the nationwide ‘chakka jam’ called by the farmers’ bodies on February 6 against the Centre’s three controversial farm laws. The RSS-affiliated outfit, however, said that it would like the three farm laws to go through some “improvements”.

It may be noted that several organisations representing farmers had earlier called for a nationwide shutdown on February 6 to protest against the three recently enacted agriculture laws. But they later said that there will be no shutdown but 'chakka jam' on February 6. While bandhs and the farmers’ ongoing protest against the farm laws have received massive support from across the country, the BKS has stated that it will not be joining the forthcoming shutdown. 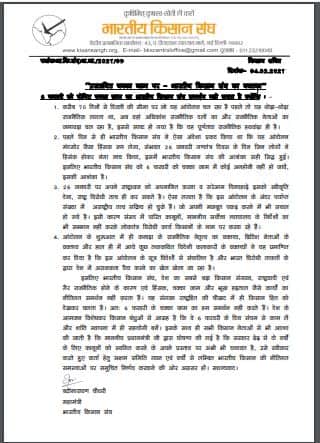 “We are not supporting the ‘Bharat Bandh’ but we don’t endorse the three laws in toto,” Mahesh Choudhari, BKS organisation secretary for Madhya Pradesh and Chhattisgarh, had said earlier.

The latest announcement from the BKS comes at a time when Bharatiya Kisan Union leader Rakesh Tikait had warned the government that it could find it difficult to stay on in power if the new farm laws are not repealed.

Addressing the farmers’ ''mahapanchayat'' in Kandela village on Wednesday, Tikait called for a ‘wapsi’ (withdrawal) of the new central laws. The BKU leader indirectly warned the Narendra Modi government that it could lose its ‘gaddi’ (power) if the agitation continues. “We have so far talked about "bill wapsi" (repealing the farm laws). The government should listen carefully. What will you do if the youth call for ‘gaddi wapsi’ (removal from power),” he said.

He asked the Centre to repeal the three laws and frame a new one to assure the continuation of the minimum support price (MSP) system. The BKU leader from Uttar Pradesh has been camping at Ghazipur on the Delhi-UP border as part of a campaign by farmer unions against the central laws enacted in September.

Farmers, mainly from Punjab and Haryana, are also massed at Tikri and Singhu on the Delhi-Haryana border for two months. After violence on Republic Day, police barricaded these protest sites with cement barriers and spikes on the roads leading to them.

Criticising the restrictions, Tikait said, “When the king is scared, he secures the fortress.” He suggested that he would lay down on the nails embedded on the roads there so that others can cross them by stepping on him. He said the Centre must talk with the farmer unions spearheading the agitation.

The ''mahapanchayat'' was attended by Haryana BKU chief Gurnam Singh Chaduni and BKU leader from Punjab, Balbir Singh Rajewal. Over 50 ‘khap’ leaders were also present. Last week, a large number of farmers participated in a mahapanchayat in UP's Muzaffarnagar in support of the BKU-led protest at Ghazipur.

Jind is often considered part of Haryana's political heartland and the ''mahapanchayat'' was meant to muster support for the farmers' agitation. It was organised by Sarva Jatiya Kandela Khap headed by Tekram Kandela.

Five resolutions were passed at the ‘mahapanchayat’. These urged the government to repeal the new laws, give a legal guarantee on the MSP, implement the Swaminathan Commission report, waive farm loans and release farmers arrested after the events in Delhi on January 26.

Tikait said the campaign against the farm laws was going strong. “The way we are getting support from khap panchayats, we will win this fight.” He urged everyone involved, particularly the youth, to keep protesting in a peaceful manner and assured victory will be theirs.