Bihar assembly election 2020: List of constituencies that will go to polls in 2nd phase

After voting for 94 seats in the second phase, the remaining 78 constituencies will go to polls on November 7 in the third phase of the Bihar assembly elections 2020. 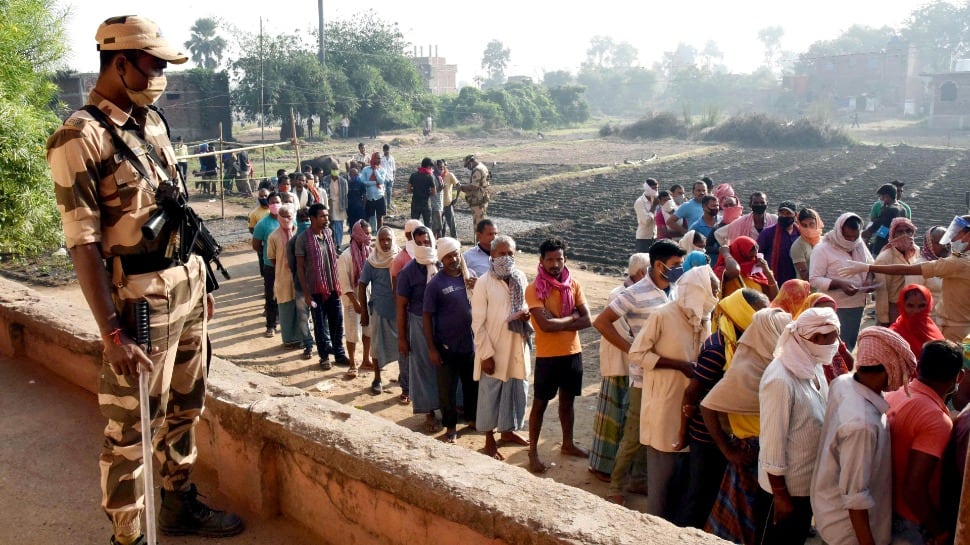 Patna: Bihar which witnessed an estimated 54.26 per cent voter turnout in the first phase of the assembly elections 2020 on October 28, will now go to the polling booths on Tuesday (November 3, 2020) for the second phase of voting.

The voters of Bihar will decide the fate of nearly 1,500 candidates in 94 legislative assembly constituencies in the most crucial of the three phases of assembly polls.

Earlier on October 28, the voters went to the pooling booths between 7 am and 6 pm in 71 constituencies spread amid tight security and were least affected by coronavirus scare as the poll percentage by 5 PM was recorded at 51.91 per cent. It was 46.29 per cent by 3 pm and 33.10 per cent by 1 pm, while it was recorded at 6.74 per cent in the first two hours of voting.

Across all 16 districts that went to cast vote, people were seen queuing up at polling stations since early morning and COVID-19 norms were largely followed as people were seen wearing masks and maintaining a safe distance from each other.

This is to be noted that the Bihar assembly elections 2020 are the first major polls being held amid coronavirus outbreak.

After voting for 94 seats in the second phase, the remaining 78 constituencies will go to polls on November 7 and the counting of votes will take place on November 10.